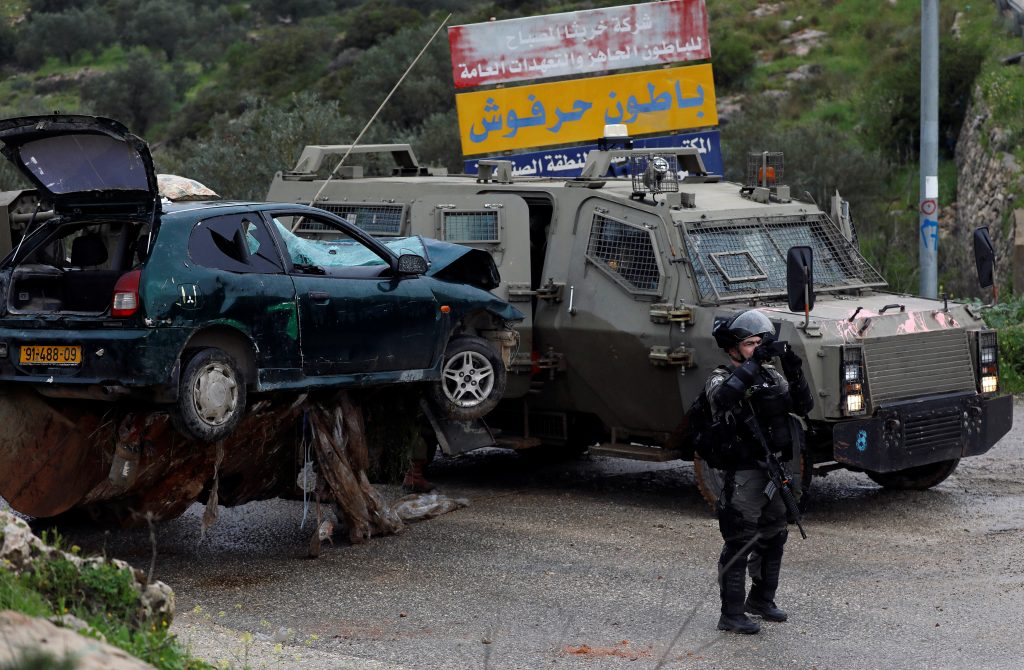 Arab terrorists on Monday morning rammed their car into a group of IDF soldiers operating in the Arab village of Ne’ima, seriously wounding an officer and lightly injuring another soldier.

The IDF stated that soldiers who stopped on the side of the road northwest of Ramallah were run over by terrorists.

In response, the troops fired at the terrorists, killing two of them and lightly injuring another.

Both injured soldiers were evacuated to hospitals.

The seriously wounded officer was evacuated in stable condition after being anesthetized and ventilated. A doctor treating him stated that he was not in a life-threatening condition and that he was undergoing an operation.

The lightly wounded soldier was evacuated with injuries to his legs.

Dozens of Arabs gathered at the scene of the attack later in the morning and rioted while throwing rocks and other objects at IDF forces.

An initial probe of the incident shows that the terrorists were involved earlier in the night in throwing firebombs at Israeli vehicles. A search of their car after the attack revealed they had several more ready for use in Molotov cocktails.

The Hamas terror group welcomed the attack, stating that “the death of the Shaheeds west of Ramallah this morning proves that the Palestinian people are continuing their struggle against the occupier until it gains all its rights and liberates its land.”

“The message that the rebelling youngsters are conveying is that they will not calm until the occupation is banished, the holy places are liberated and the plans to judaize Jerusalem will not come to pass,” it added.