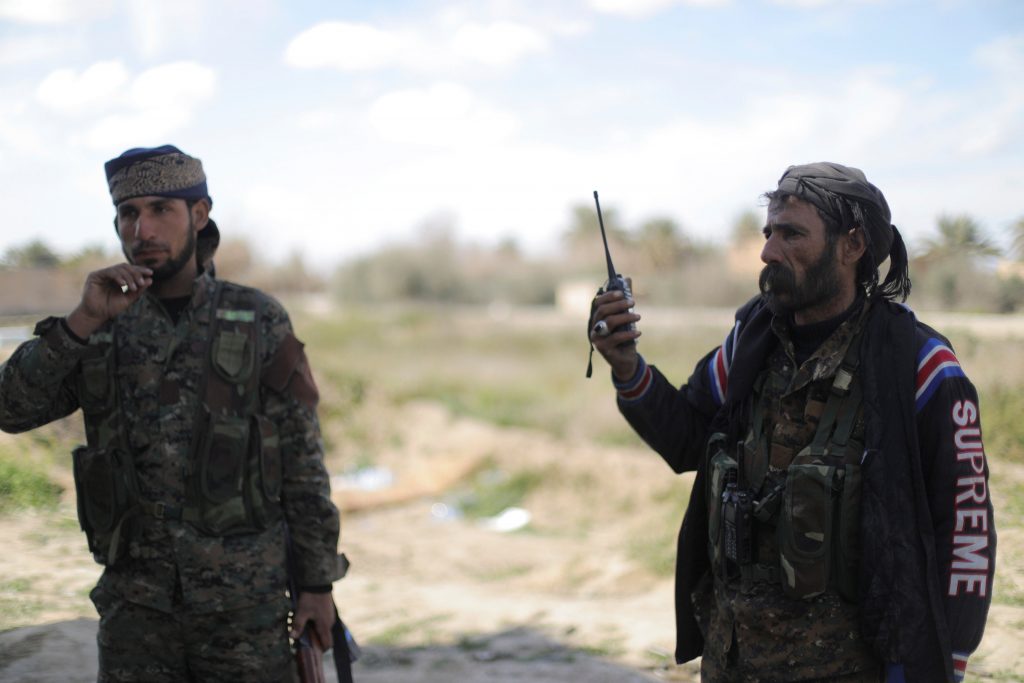 U.S.-backed forces are slowing down their offensive against the last Islamic State pocket in eastern Syria to protect civilians who remain there, a spokesman for a militia force said on Monday, adding that the battle would still “be over soon.”

The Syrian Democratic Forces (SDF) faced landmines, car bombs, tunnel ambushes and suicide attacks on Sunday as they attempted to overrun the last area in the village of Baghouz held by the terrorists.

Over the past few weeks its assault has been held up as tens of thousands of people fled Baghouz, all that remained to the group of its main territory in Iraq and Syria after years of retreats including a series of major defeats in 2017.

The SDF resumed the attack on Friday evening after saying it had extracted the remaining civilians. However, the head of the SDF media office, Mustafa Bali, said on Twitter early on Monday that some civilians were still there.

“We’re slowing down the offensive in Baghouz due to a small number of civilians held as human shields by Daesh,” he said, referring to Islamic State.

While the capture of Baghouz would mark a milestone in the fight against Islamic State, the group is expected to remain a security threat as an insurgent force with sleeper cells and some pockets of remote territory.