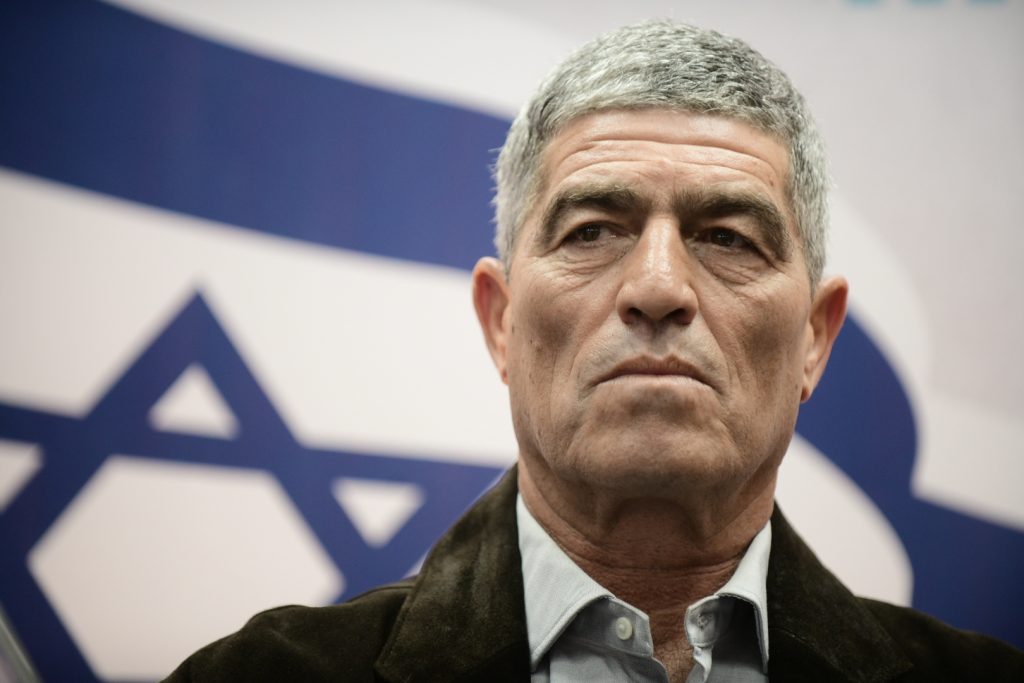 A controversial – and embarrassing – statement by Labor candidate Tal Russo that he made in an interview with Yediot Acharonot was never actually made by the man, Yediot said Monday. The newspaper published a retraction and apology Monday, saying that “in a re-examination of the recording of the interview with Russo, it became clear that Russo did not say the things that were attributed to him about residents of the Gaza border area.”

According to the Friday edition of the newspaper, Russo, in a lengthy interview, said that residents of the Gaza border area were making too much of the balloon terror attacks by Hamas terrorists. The balloons, to which incendiary devices are attached, have burned thousands of dunams of forest and farm land, and have caused millions of shekels of damage to homes, businesses, and vehicles.

Russo, who was recruited last month for Labor by party head Avi Gabay as the party’s “hawk” on defense, said that he believed that “residents of the Gaza border area need to show some restraint. I am surprised at the crying over the terror balloons I am hearing.” The threat was not as great as they were making out, he said.

The comments raised the ire of officials and residents of southern Israel. Merchavim Regional Council head Shai Hajaj said that “the time has come to understand that people here live with a different situation than residents of the center of the country. The criticism and denigration of the people who live here is wrong. We deal with challenges every day that we have never experienced before, and our people are very patient and restrained. Politicians should be investing their energy into finding a solution.”

Eshkol Regional Council head Gadi Yarkoni said that Russo’s comments were “divorced from reality and outrageous. The residents of the Gaza border area have been and continue to pay the price for the limited response of security officials to incidents that has blown up into the major offensive we see today.”

Speaking Sunday, Russo did not deny making the remarks, saying only that they had been taken out of context. Responding to the criticism in an interview on Channel 13, Russo said that “I support and applaud residents of the Gaza border area, I worked with them for a long time when there were daily terror attacks, and I got to know them very well. The noise we are making over the balloon terror attacks just encourages the enemy to increase their use. I am sorry that several sentences were taken out of context and were turned into the headline of the interview.”

On Monday, however, he welcomed the Yediot retraction. In a social media message, he said that “all weekend I felt terrible over the complete misrepresentation of my words in the interview. I bit my tongue and did not respond, because I knew the truth would come out eventually. Gaza border area residents, you are true heroes.”

In a statement, the Labor Party said that “as we knew right away, the comments attributed to Russo were never made. We salute Yediot Acharonot for taking responsibility for the issue. A step like that increases the faith of the public in the media. We are committed to the security of residents of the south and we will do our best to ensure that they are secure.”