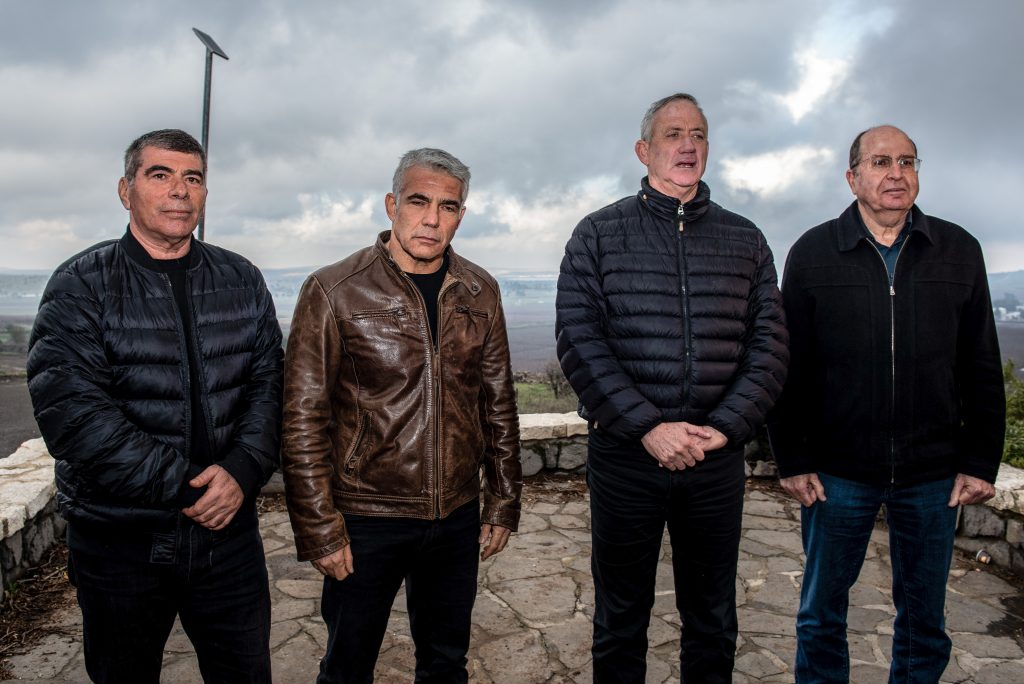 Former IDF chief of staff Benny Gantz pledged that his government would oversee the country’s military policies “through proper work channels, not through television channels.”

“Security is about action, not chatter,” admonished former defense minister Moshe Yaalon, on a hill on the Golan Heights overlooking the Syrian town of Quneitra.

PM Netanyahu recently broke with the standing policy to refrain from commenting officially on military strikes in Syria attributed to Israel by the foreign media. His decision to go public in confirming IDF actions across the border has drawn criticism from the opposition.

Yair Lapid, number two on the party’s list, asserted that this security cabinet is the “leakiest” in Israel’s history, with information from supposedly secret discussions being consistently passed to journalists.

The party has been emphasizing its security credentials, and on Monday Gantz pointed out that of its four leaders, three are former IDF chiefs of staff — he, Yaalon and Gabi Ashkenazi — and two — Yaalon and Lapid — were former ministers. Lapid was Finance Minister in a previous Netanyahu government.

“Between us, we have 117 years of experience,” Gantz said.

Regarding the future of the Golan Heights, Blue and White’s position is the same as that of PM Netanyahu—firmly committed to never return the region to Syria.

Gantz also said he would continue advocating that the United States and the international community recognize Israel’s sovereignty over the Heights.