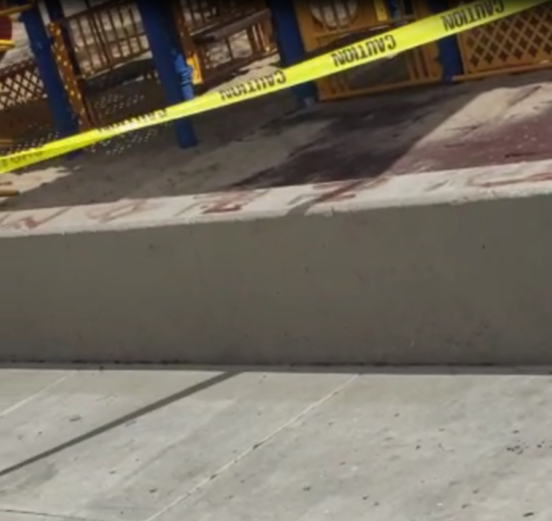 Los Angeles police are investigating a possible hate crime after a large amount of blood, some of it shaped as a swastika, was found in a playground in a Jewish neighborhood.

A park attendant discovered the blood when she arrived shortly after 6:30 a.m. Monday, at the Pan Pacific Park on Gardner Street in the Hancock Park neighborhood, LAPD and Misaskim representatives told Hamodia.

The blood was spread out across the park and into a restroom, and several swastikas were drawn in blood. There were also bloody footprints. Police bloodhounds traced the blood out of the park in two directions, before losing the scent.

After police had conducted its investigation, Misaskim, an organization that is experienced in cleaning away blood, was called to help wash the playground.

Based on the amount of blood, the LAPD believes that someone was “seriously injured,” whether by “accident, self-inflicted or a criminal act.” The injured individual has not been located.

The incident is being investigated as a hate crime.