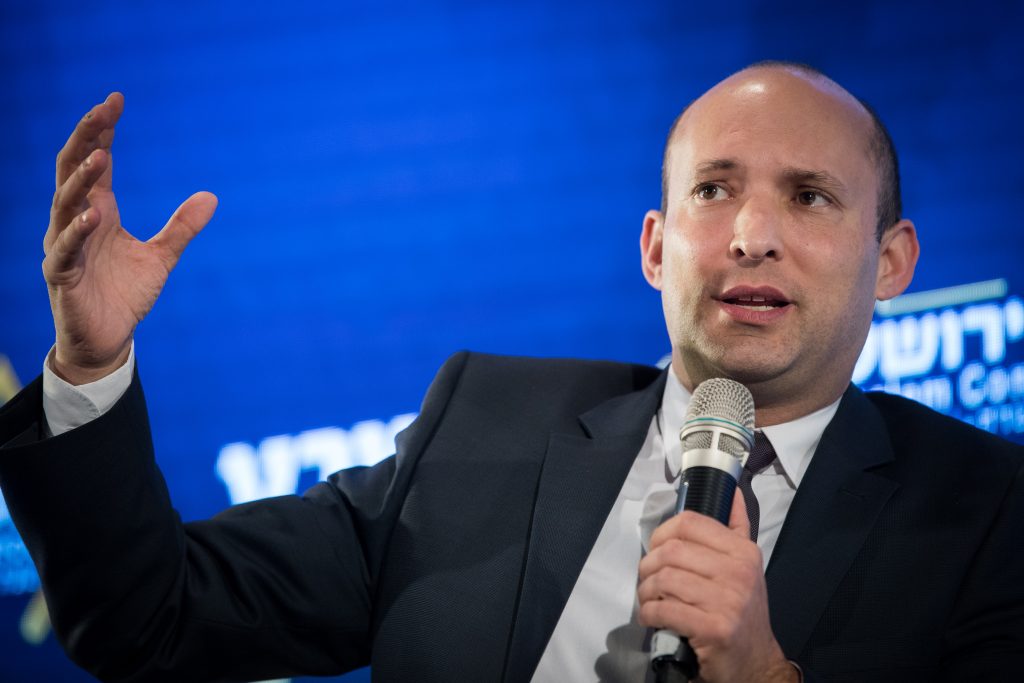 Education Minister and New Right Party head Naftali Bennett on Monday demanded that Prime Minister Binyamin Netanyahu cut off cellular communications for terrorists in Israeli prisons, after weekend reports that terrorists, unhappy about new conditions imposed on them, were planning to protest and increase tension with guards.

“Stop being afraid of terrorists, Mr. Netanyahu,” Bennett said in a social media post. “If the terrorists are threatening to incite violence, cut off their phone service, since the phones are illegal in prisons anyway.”

A crackdown on those illegal phones is at issue. In recent weeks, prison guards in several of the large prisons where terrorists are held have raided cells and confiscated cellphones, which were smuggled in to prisons by members of terrorists’ families, attorneys, and others.

Terrorists have protested these raids, and in recent weeks have rioted in several prisons. A report in Arab media over the weekend said that the terrorists were planning to undertake other steps, such as going on “strike” – refusing to carry out tasks, like cleaning their cells, that are their responsibility, thus forcing prison personnel to do the work.

Terrorists are also trying to impede implementation of a new plan by Public Security Minister Gilad Erdan that would make conditions much harsher for terrorist prisoners. Among the steps to be taken is ending the separation between Hamas and Fatah prisoners, cutting allowances for terrorist prisoners in half, a ban on cooking in prison wards, limiting water available for prisoners, and eliminating the position of unit spokesperson throughout the prison.

The Prisons Service said that the plan was on hold, because the “timing” was not right. Bennett slammed this, and demanded that the plan be implemented immediately. “If terrorists threaten that means we give in? This is similar to the metal detectors you installed on Har HaBayis last summer, and then removed them – it broadcasts fear. Now the terrorists are taking over Har Habayis. What are you waiting for, Mr. Prime Minister and Defense Minister? Shut down the terrorists’ cellular service – I will back you all the way.”