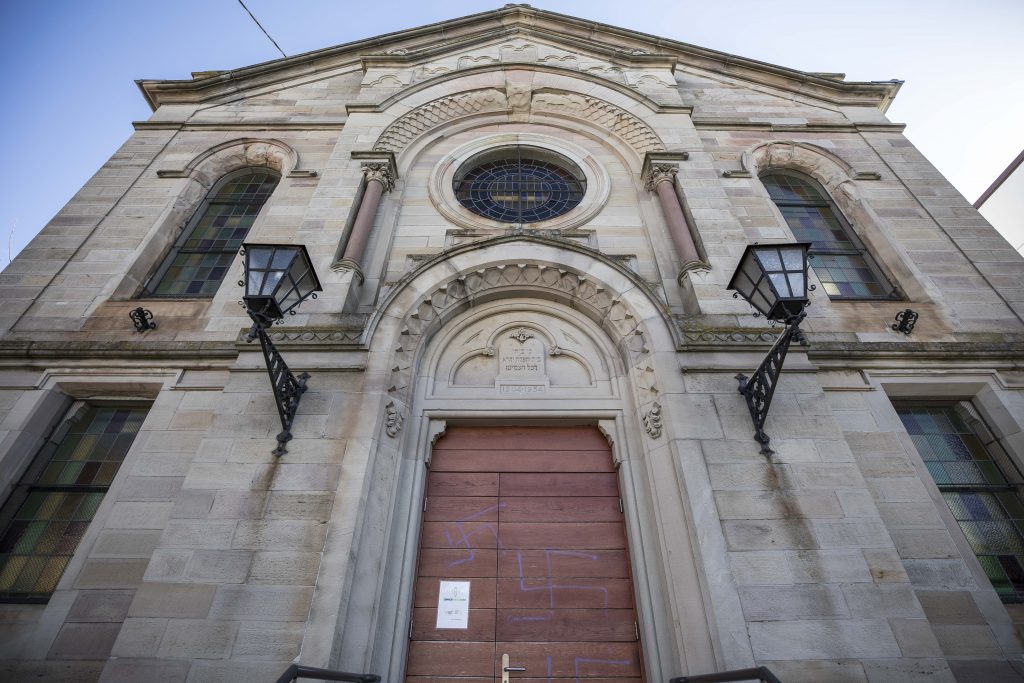 Vandals have scrawled anti-Semitic graffiti on a former synagogue in eastern France, the latest in a string of incidents that have caused nationwide concern.

Swastikas were discovered Monday on the door and facade of a building in the town of Mommenheim that formerly held a synagogue and has Hebrew lettering etched above its doorway. The building now houses a sports facility.

Vandals also knocked over a monument to a synagogue razed by the Nazis in nearby Strasbourg. The heavy memorial stone was found Saturday pushed off its base, in what Strasbourg Mayor Roland Ries denounced as “a new anti-Semitic act.”

In the same region, some 80 gravestones at a Jewish cemetery in the Alsace town of Quatzenheim were recently vandalized.

Tens of thousands rallied around France last month against anti-Semitism.