National Winter Storm Heading From Midwest Toward the Northeast
National 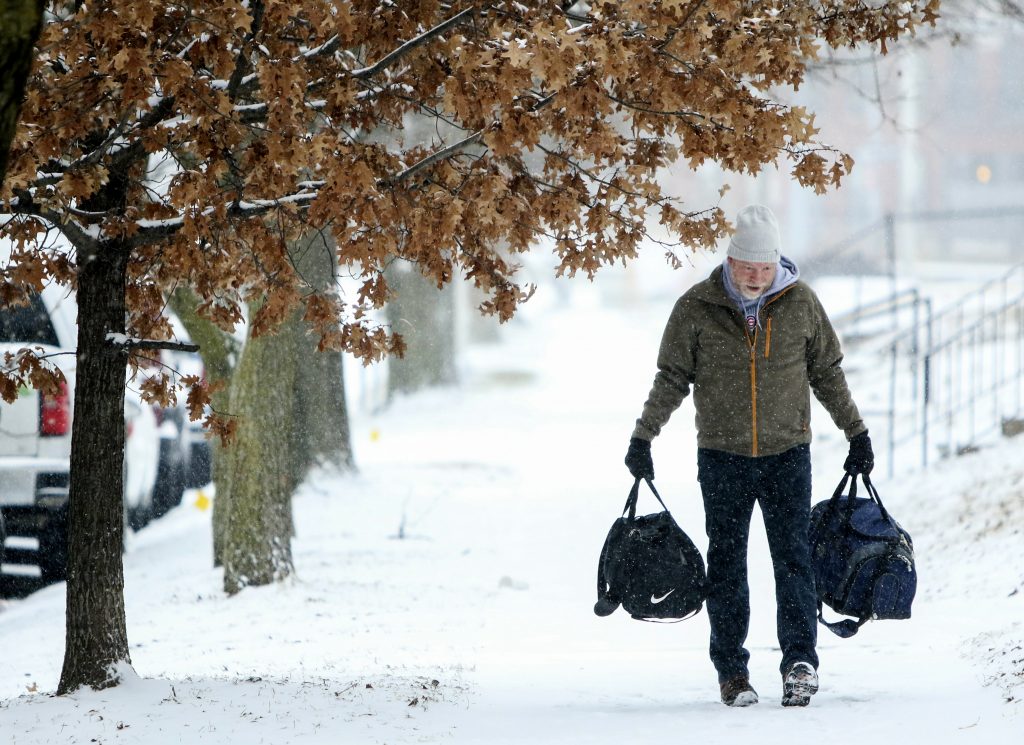 (AP/Hamodia) — A storm that dropped several inches of snow on parts of the Midwest over the weekend was heading toward the Northeast, where it could disrupt Monday morning commutes.

Up to 8 inches of snow had fallen in parts of far western Kansas by Sunday morning. But most areas of Kansas, Nebraska, Missouri and Illinois that were within the path of the storm had gotten no more than a few inches of snow.

The storm did cause a few travel headaches in the Midwest. The Missouri Transportation Department was advising people to stay off roads if possible on Sunday.

Forecasters warned that the Midwest could see bitter cold after the storm, as an arctic air mass moves into the central U.S. The National Weather Service said wind chills could drop below minus-20F in eastern Nebraska on Monday morning.

According to the National Weather Service, snow was expected to move into the Ohio Valley later Sunday before spreading over the Northeast. Heavy snow was possible from the central Appalachians to New England into Monday.

In New York City, snow is likely to begin after 4:00 PM, with little or no accumulation. Snow is expected to begin in the evening, and continue mainly before 4:00 AM, with a low of 31° and a wind chill factor between 25 and 30 degrees. Snow accumulations between 3 to 7 inches are possible.