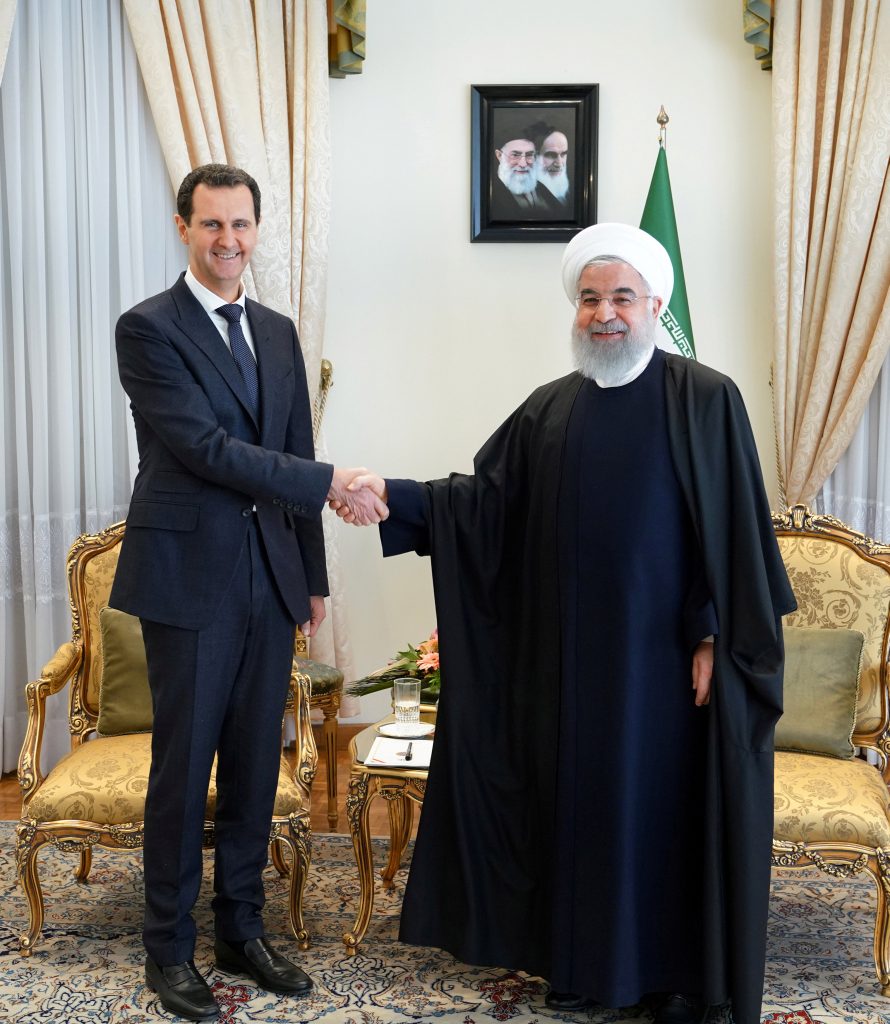 Efforts by Arab states to re-engage with Syrian President Bashar Assad, now that he has prevailed in the civil war, have been put on hold after a push by the United States to deter its allies from renewing ties with his government.

A decision late last year by the United Arab Emirates to reopen its embassy in Damascus and overtures being made to Assad by other Arab states gave rise to expectations that he would soon be welcomed back into the Arab fold, eight years after the rebellion against his rule isolated him from most Arab countries.

But the Trump administration has pressed its allies to hold back, warning that any moves to participate in the rebuilding of Syria would trigger U.S. sanctions designed to pressure Assad into accepting political reforms, U.S. officials say.

Many Arab states, meanwhile, are unsure whether they want to rehabilitate a leader who remains bound to Iran by a long and close alliance, according to diplomats in the region. Iran has gained influence in Syria by helping Assad win the war.

The U.S. position on Iran’s role is “that political isolation and political pressure (are) the appropriate approach,” said a senior U.S. official, who spoke on the condition of anonymity to brief the news media. The objectives include the exit from Syria “of all Iranian-commanded forces,” he said.

Russia is pushing in the opposite direction and urging Arab governments to build bridges with Damascus, say diplomats who have been briefed on the issue. Moscow is trying to persuade Arab governments to re-engage with Assad to curtail Iran’s influence, according to the diplomats.

The question of how to address the issues posed by Assad’s survival after eight years of war is crucial for Syria and its Arab neighbors. Many of those countries supported the anti-Assad rebellion and are confronting the reality that he is likely to remain in power for the foreseeable future.

Syria is hoping that Arab states will fund at least some of the vast cost, widely estimated at about $400 billion, of rebuilding the country after the devastating war. Supporters of the Syrian government boast that Arab countries are lining up to participate in the reconstruction effort, putting Assad in a position to choose which offers to accept, “like a beauty contest,” said Salem Zahran, a political consultant with close ties to Damascus.

Arab governments have watched with dismay as their non-Arab rivals Turkey and Iran have gained influence in Syria in their absence, leaving them without influence in a country that lies at the heart of the Arab world. Syria was expelled from the Arab League in the first year of the revolt, and the country’s future is now being decided by the Russian-led peace process that includes Turkey and Iran.

“There’s zero Arab influence in Damascus. Zero,” the UAE’s minister of state for foreign affairs, Anwar Gargash, said in an interview, explaining his country’s decision to restore diplomatic relations. “Because we burnt all our bridges in 2011, that has allowed regional players such as Turkey and Iran to be the main determinant. And suddenly the Arabs have zero say.”

The issue is expected to be raised at the Arab League summit in Tunisia this month, with several Arab governments, including Tunisia’s and Iraq’s, expressing support for a push to readmit Syria to the league.

But Arab officials say there is no agreement for such a move. “For Syria to return, there must be consensus,” Arab League Secretary General Ahmed Aboul Gheit told reporters in Beirut last month. “I do not yet observe conclusions that lead to the consensus that we are talking about.”

Saudi Arabia and Egypt, two regional powers, are holding out against moves to revive Syria’s membership, diplomats say. “It’s clear Egypt and Saudi are holding the line, and as long as they remain firm, the moves of other Arab Gulf countries are not going to be decisive in restoring Assad’s role,” said a Western diplomat, speaking on the condition of anonymity.

The UAE is also adopting the position that it will not participate in the reconstruction effort until there is a political solution, Gargash said. “We still believe investment in reconstruction should be tied to political progress,” he said.

A visit by Assad to Tehran last week, his first since the Syrian war began, is likely to undermine the argument that the Syrian leader can be lured away from Iran’s embrace, further deterring Arab moves toward normalization, said Hassan Hassan of the Tahrir Institute in Washington. “There was already hesitation, with the drive to reconcile with Assad slowed by the U.S.,” he said. “Now Assad’s embrace in Tehran will put the brakes on it.”

The UAE government thinks, however, that it is more important to engage than to stand back, Gargash said.

“We’re not naive to think that, in the first week or the first month or the first year we open our embassy, there will be an alternative to Iran. But we think it is necessary that Damascus has some Arab bridges that it can build on,” he said. “We don’t think the UAE will make a difference, but we think this will be part and parcel of a more collective Arab decision on Syria, and we are sure this will happen.”