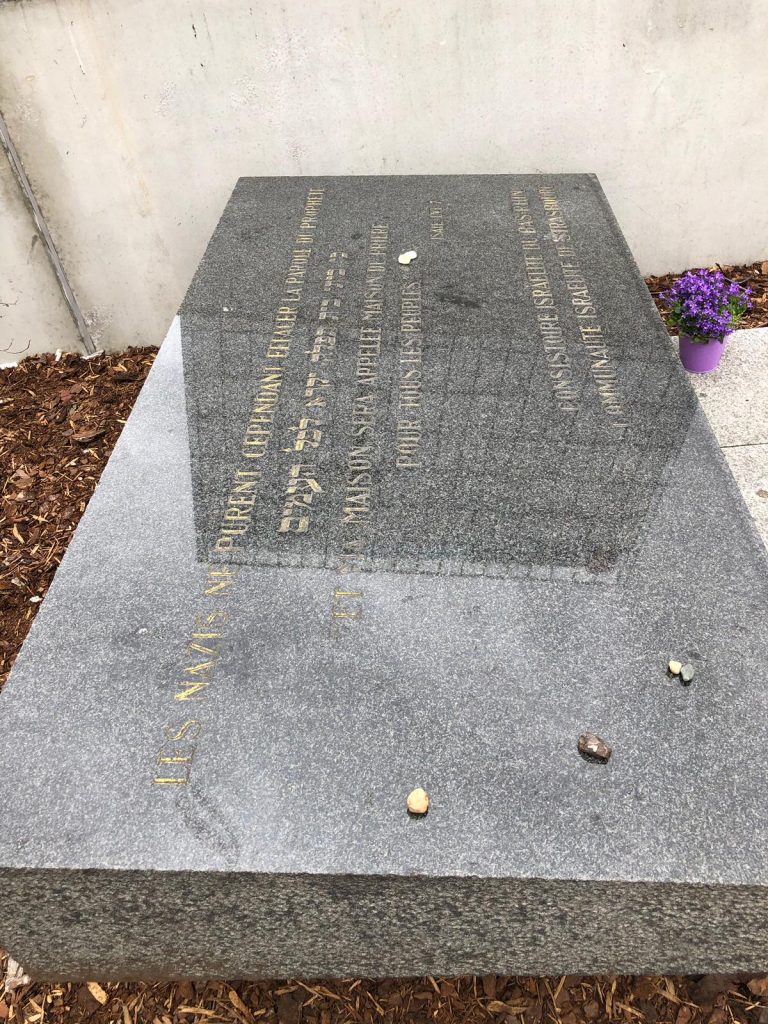 Local officials and others spoke out against anti-Semitism after yet another attack in France, this time as a memorial marking the site of Strasbourg’s Old Synagogue, destroyed by the Nazis during World War II, was apparently vandalized.

The prefecture of the Bas-Rhin region said in a statement the heavy memorial stone was discovered moved from its base Saturday morning.

“Anti-Semitism undermines the values of the Republic,” the prefecture said.

The monument commemorates a synagogue built in 1898 that was set on fire and razed to the ground by the Nazis in 1940.

Police have opened a probe, and a source said investigators would consult surveillance video and interview witnesses “to determine the origin of the incident, whether intentional or accidental.”

Visiting the site, Ries said evidence pointed to the act being a “new case of anti-Semitism.”

“I am very worried about this resurgence of anti-Semitism,” he said, according to local news site DNA.

Israeli leaders also reacted with shock and rage at the attacks. Chairman of the Jewish Agency Yitzchak Herzog expressed his dismay over the vandalism and called on France to “take severe action against the waves of hate against Jews.”

This latest anti-Semitic incident in Europe serves as “another signal in the chain of difficult events that are flooding European soil,” Herzog stated.

Israel’s Foreign Ministry Spokesman Emmanuel Nachshon tweeted: “Shocking images from Strasbourg. Anti-Semitic hatred and vandalism are on the rise in France and throughout Europe.”

“Declarations of solidarity are important, but they are not enough in order to combat this scourge. Now is the time to act and fight for tolerance and values!” he demanded.

This latest incident occurred just two weeks after some 100 Jewish graves were desecrated in the same city.

French officials have also spoken out against an uptick in anti-Semitic acts around the country, some of it tied to the so-called yellow vest economic protests.