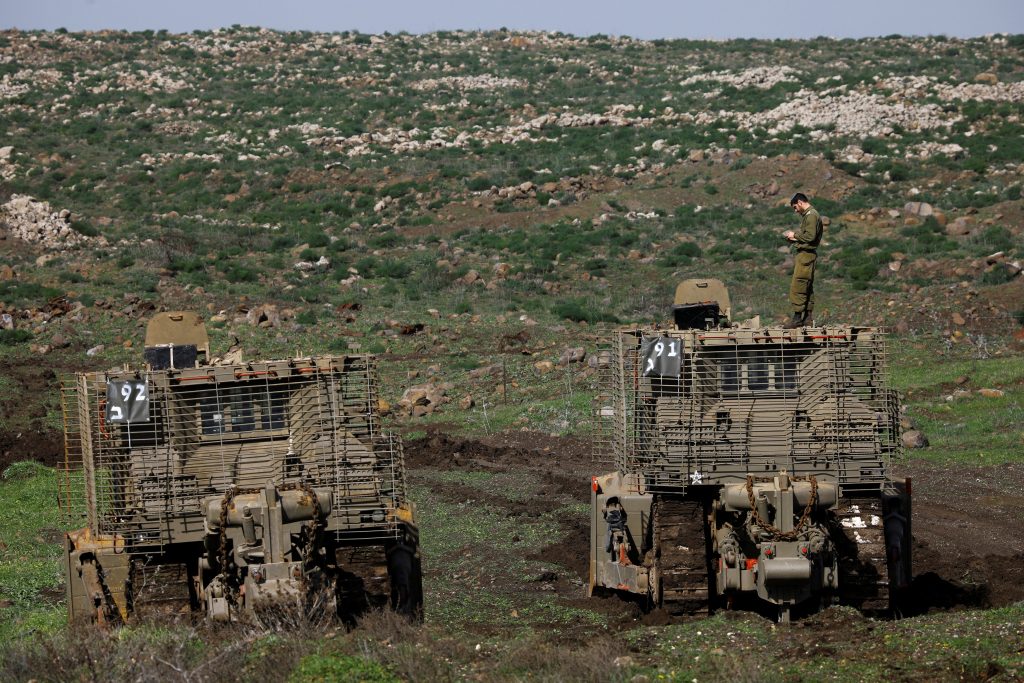 U.S. Senators sought to advance a bill to recognize the Golan Heights as an official part of Israel – but officials in the Israeli defense establishment discouraged them from doing so, Yisrael Hayom reported Sunday. According to the report, the Israeli officials convinced the senators that such a law was “unnecessary,” at least at this time.

The officials said that Israel’s presence in the Golan was an accepted fact, and as such there was no need to raise the issue for a public discussion, and according to the report, the senators were disappointed that Israel was not as enthusiastic about the law as they were. The report did not name the Israeli officials who gave the senators their advice.

The law was proposed by Senators Ted Cruz (R-TX) and Tom Cotton (R-AR) in January. In a statement, they said that “Israel’s northern border has become increasingly dangerous in recent weeks with the discovery of Hezbollah’s terror tunnels and Bashar Al-Assad’s continued efforts to consolidate control of Syria with the assistance of Iranian shock troops. Responding to the threat posed by Iran and its proxies requires ensuring that Israel can defend its territory and its citizens from attacks. To support Israel’s right to self defense, Washington should take the long overdue step of affirming Israeli sovereignty over the Golan Heights.”

A report on Channel Ten (still broadcasting at the time) said that Prime Minister Biyamin Netanyahu had brought up the issue of American recognition of the Israeli sovereignty over the Golan at a meeting they held in early January. During a joint press conference with Bolton, Netanyahu said that he was planning to take Bolton for a tour of the region to show him “why [Israel’ will never leave the Golan Heights, and why it’s important that all countries recognize Israeli sovereignty on the Golan Heights.”

Zvika Hauser, the head of the Coalition for the Golan, and advocacy group, told Yisrael Hayom that “American recognition of Israeli sovereignty over the Golan is in the strategic and political interest of Israel, especially given the planned American withdrawal from Syria. The Israeli government must not just hope that there is a change in the American position on the Golan, but it must also assert its sovereignty and double the number of residents there.”

In a statement, the Prime Minister’s Office said that Netanyahu “has spoken many times with President Trump, including in their most recent meeting, about the need for the U.S. to recognize Israeli sovereignty over the Golan Heights. From our initial investigation we have not found anyone who gave the senators this message in the name of the IDF or the government.”