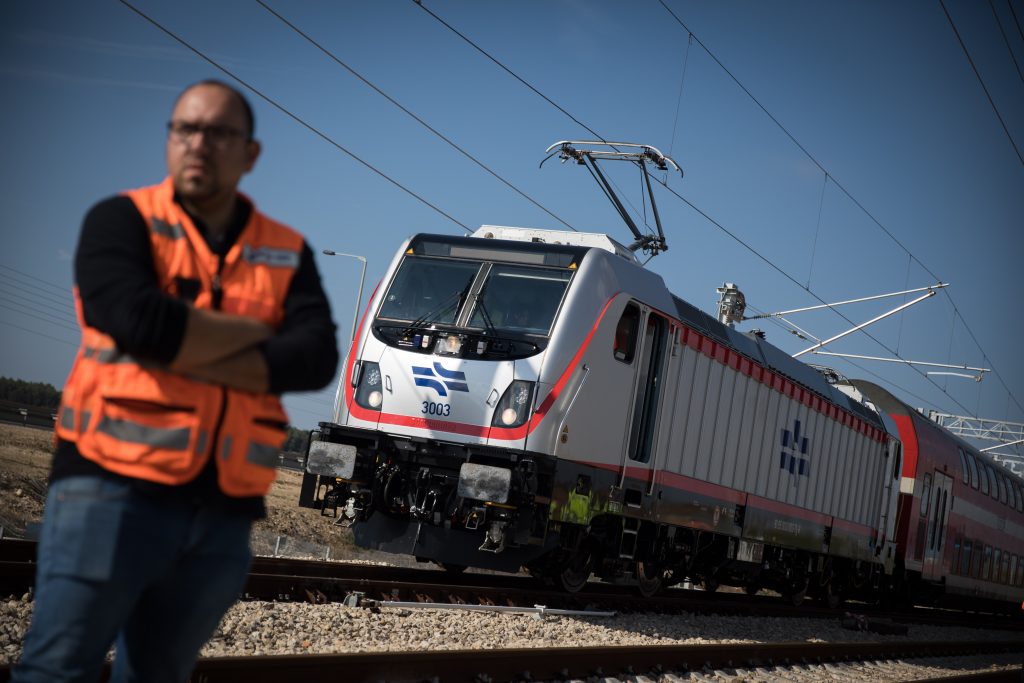 Blaming layoffs and executive bonuses, the Israel Railways workers’ committee declared sanctions on Sunday, which will affect maintenance and training, and if protracted, could cause scheduling disruptions, Globes reported.

The workers’ committee said the sanctions came in response to management’s decision to eliminate jobs “while hiring more and more managers and giving bonuses to the senior executives who caused Israel Railways’ deficit.”

Management denied this, insisting that an ongoing dispute over drivers’ work schedules are the real reason behind the strike. They assert that the Histadrut and the workers’ committee reneged on agreements for the new work arrangements in which locomotive drivers will drive four hours in a shift instead of three and a half hours at present (the collective labor agreement allows six hours of driving in an eight and a half-hour shift).

Management warned that the sanction could cause delays and cancellations in passenger trains, which the union denied.

“The workers’ committee cannot accept a situation in which management does whatever it feels like, announcing dozens of layoffs and cutting jobs and hours, puts an unbearable burden on the workers; detracts from the wages and work of the drivers, supervisors, cashiers, shift managers, and station managers; prevents progress in negotiations with the freight division, etc.”

“Management did not accept any of the many compromise proposals made by the Histadrut chairperson this morning. In order to protect the workers and safeguard their basic rights, we have no choice left other than sanctions. These measures will not affect railway passenger traffic,” their statement said.

Israel Railways management blamed the sanctions on an irresponsible union leadership: “Regular traffic of passenger trains is again in jeopardy, because the Histadrut and the workers’ representatives have reneged on the agreements for putting the revised schedule into effect…The company’s management appreciates the drivers and their work, and is aware that the workers do not support this disruption, which was forced on them by a belligerent, uncontrolled, and irresponsible workers’ committee. Management calls on the workers’ committee to calm down, behave responsibly, be an active and positive partner in the important processes taking place at Israel Railways, and refrain from harming the workers and hundreds of thousands of passengers.”

The sanctions will mean that courses for controllers and signalers will be shut down, the supply of spare parts and the handling of equipment in the Beersheva depot will be affected, training sessions will be called off, and car drivers and administrative workers in Lod will go on strike.