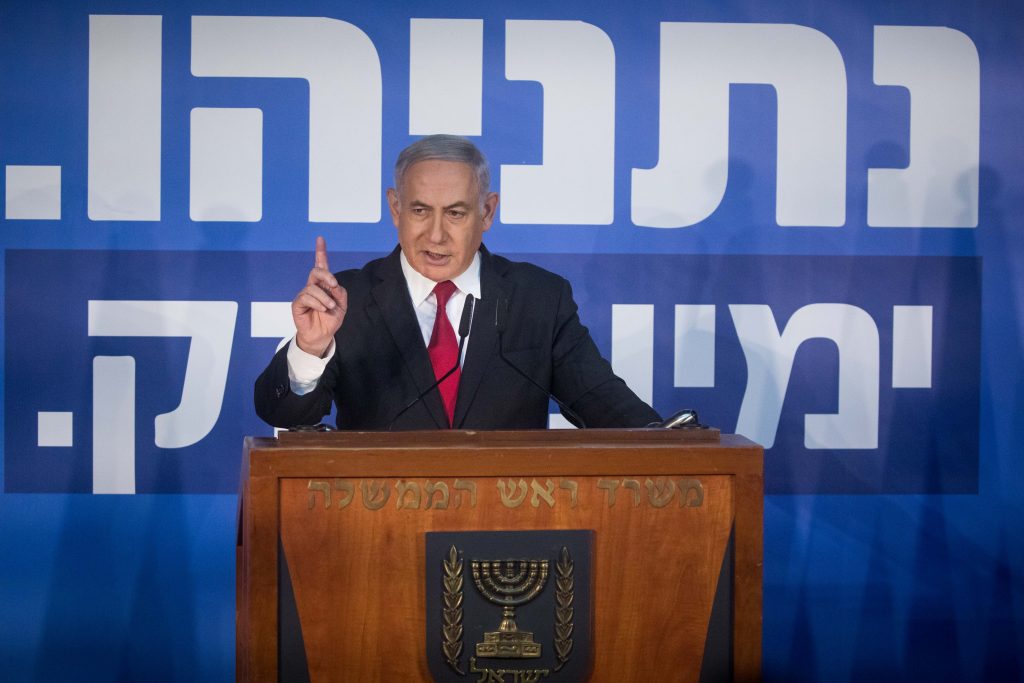 With polls showing the growing strength of Blue and White, Prime Minister Binyamin Netanyahu on Sunday will meet with top Likud ministers and MKs to discuss election strategy. The meeting comes on the eve of the official Likud election campaign, which kicks off Monday.

Yisrael Hayom reported that the meeting will focus on specific messages that ministers will be asked to convey, and assignments to various media outlets that have sought interviews. The messages will be split between the issues surrounding the pending indictments against Netanyahu – with the emphasis on the prime minister’s message that nothing has been proven, and that given an opportunity at a hearing, all the accusations will disintegrate – and messages on security and defense, with an emphasis on the likelihood of a Benny Gantz-Yair Lapid-led government making dangerous concessions.

Speaking Sunday, New Right head Naftali Bennett said that despite the suspicions against Netanyahu, he would without hesitation recommend Netanyahu to President Reuven Rivlin as his choice to form the next government. “I am very worried about the growth of the left,” he told Army Radio. “I call on voters not to leave the right bloc. In the end, it will be either the right or Palestine. We cannot return to an era of exploding buses because of concerns over Netanyahu’s legal issues.”

Kulanu head Moshe Kahlon also gave Netanyahu his vote of confidence. Housing Minister Yifat Shasha Bitton, a member of Kulanu, said that “we will not be a party to the ‘celebrations’ of the downfall of the prime minister. Our stance is clear – until Netanyahu has an opportunity for a hearing, there is no reason not to join his government.” With that, she did not rule out the possibility that Kulanu could join a Gantz-led government, “if he can establish a government with a clear majority and without anti-Zionist parties,” she added.