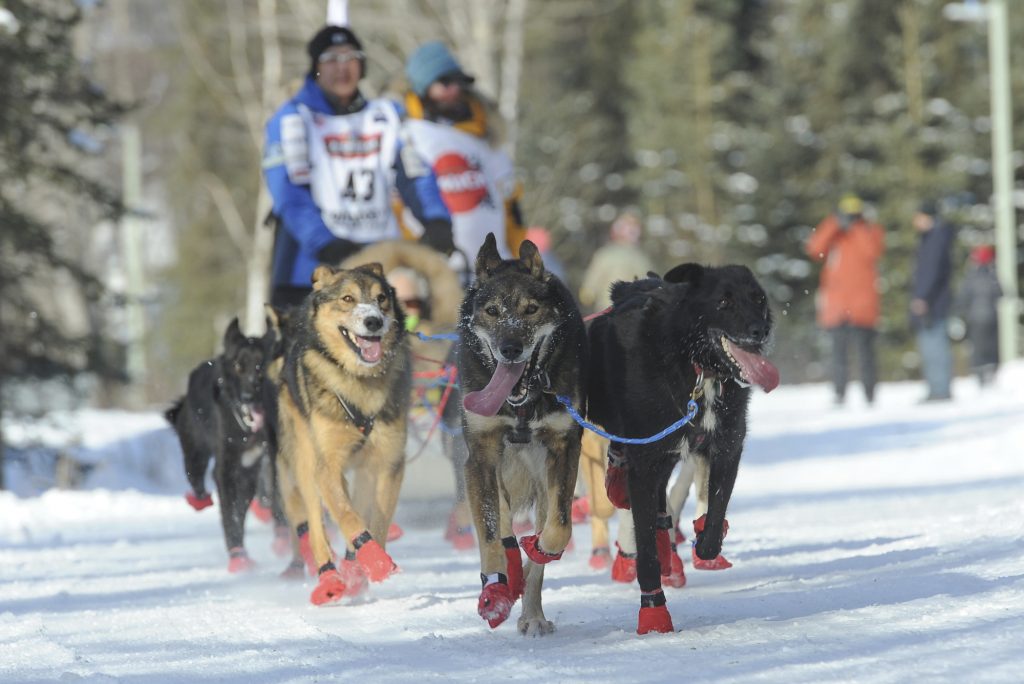 The world’s most famous sled dog race is underway in Alaska.

Mushers leave the start line in two-minute intervals. The first musher out on the thousand-mile (1,600-kilometer) trail to the finish line in Nome was Anja Radano.

There are 52 mushers total in the international field, which includes four Canadians, two Norwegians including the defending champion and one musher each from Sweden and France.

Mushers will guide their dog teams over two mountain ranges, untamed wilderness, the Yukon River and the dangerous, wind-whipped Bering Sea coast. The winner is expected under the famous burled arch finish line in Nome, on Alaska’s western coast, in about nine days.

The race commemorates the 1925″Great Race of Mercy”, a serum run to Nome, Alaska. When a large diphtheria epidemic threatened Nome and it’s supply of antitoxin had expired, Dr. Curtis Welch sent out telegrams seeking a fresh supply of antitoxin. The nearest antitoxin was found to be in Anchorage, nearly one thousand miles away.

The only way to get the antitoxin to Nome was by sled dog. The 20-pound cylinder of serum was sent by train to Nenana, where it was passed on January 27 to the first of twenty mushers and more than 100 dogs, who relayed the package 674 miles to Nome. The dogs ran in relays, with no dog running over 100 miles.

A statue of Balto, lead dog who arrived in Nome five and a half days later, was erected in Central Park in New York City in 1925. However, most mushers consider Togo to be the true hero, who carried the serum the farthest of any team.