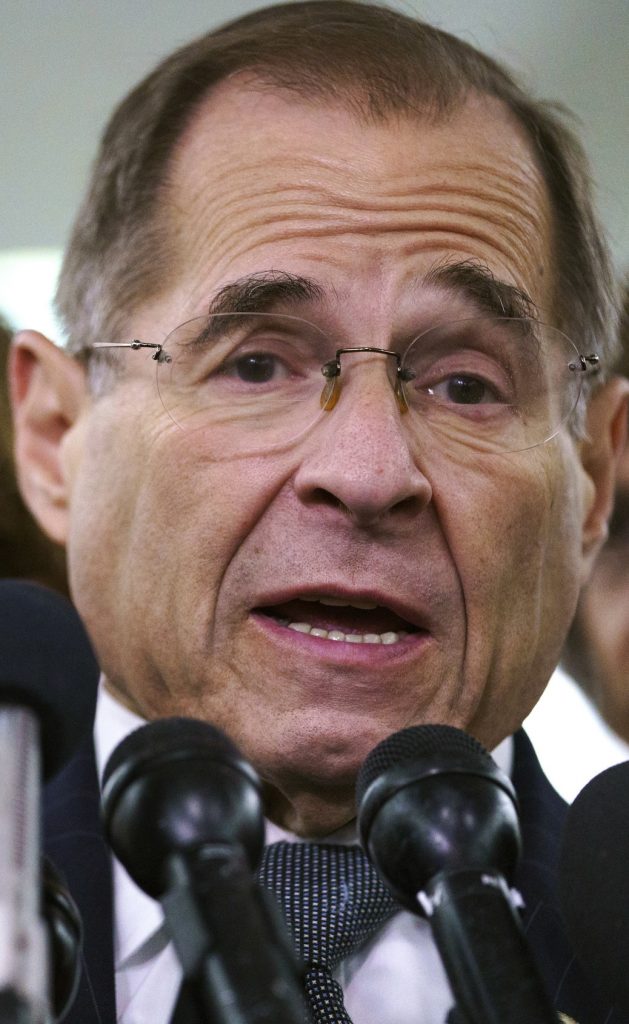 The head of the House Judiciary Committee said on Sunday the panel would seek documents from more than 60 people and entities as part of a probe into possible obstruction of justice and abuse of power by President Donald Trump.

Committee Chairman Jerrold Nadler told the ABC that the panel wanted to get documents from the Department of Justice, the president’s son Donald Trump Jr. and Trump Organization chief financial officer Alan Weisselberg, among others.

“It’s our job to protect the rule of law,” he said.