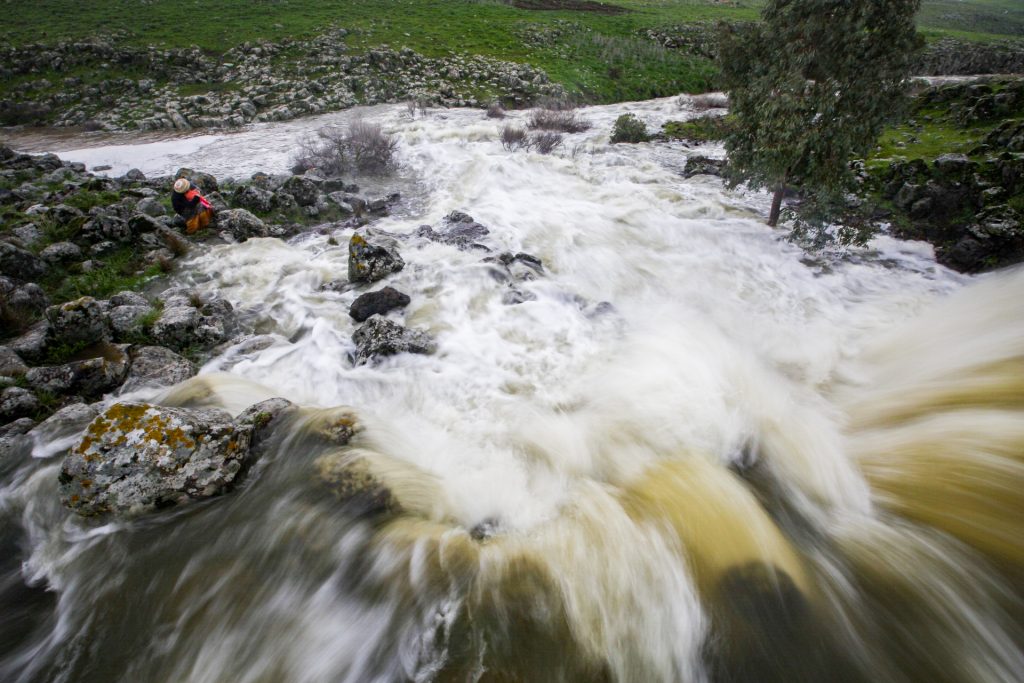 The numbers for February are in – and the amounts of gishmei brachah that fell during the month are among the best recorded for any month in several years. According to statistics released by the Meteorological Service Sunday, February alone saw more than 100 percent of the average rainfall for the entire year in the center and north of the country. When added to the substantial rain that has fallen throughout the winter, officials said that this winter could be among the best ever for recorded rainfall in Israel.

On average, cities in the center of the country got about 110% of their annual average rainfall in February, while in the north it was closer to 115%. With that, some places got in excess of 140% of their annual average rainfall during February’s 28 days. The highest recorded rainfall for a specific community was in Yodfat in the lower Galilee, where 834 millimeters of rain were recorded for the month.

The rain has affected the south less, with the February rainfall supplying between 50% and 70% of the annual average. With the rains that have fallen previously, however, officials said that nearly all communities in the south have long surpassed their annual average rainfall – and the statistics did not take into account the heavy rain that fell in many places on Friday and Shabbos, as well upcoming storms expected in March, such as one that is set to blow in mid-week.

The gishmei brachah has also done wonders for the Kinneret. On Sunday, the lake was measured as rising 7.5 centimeters (3 inches) since Friday, the last time measurements were taken. The lake’s current level is 212.77 meters below sea level. Since November 1st, the lake has risen 1.87 meters, enough to put it above the danger “red line.” For a full lake, another 3.97 meters need to flow in. While meteorologists are trying not to be too optimistic – in order not to set themselves up for disappointment – the rains that are likely to fall in March, along with the continued water flow that will result from melting snow on Golan mountains as the weather gets warmer, could push the Kinneret far closer to that level than it has been in many years.