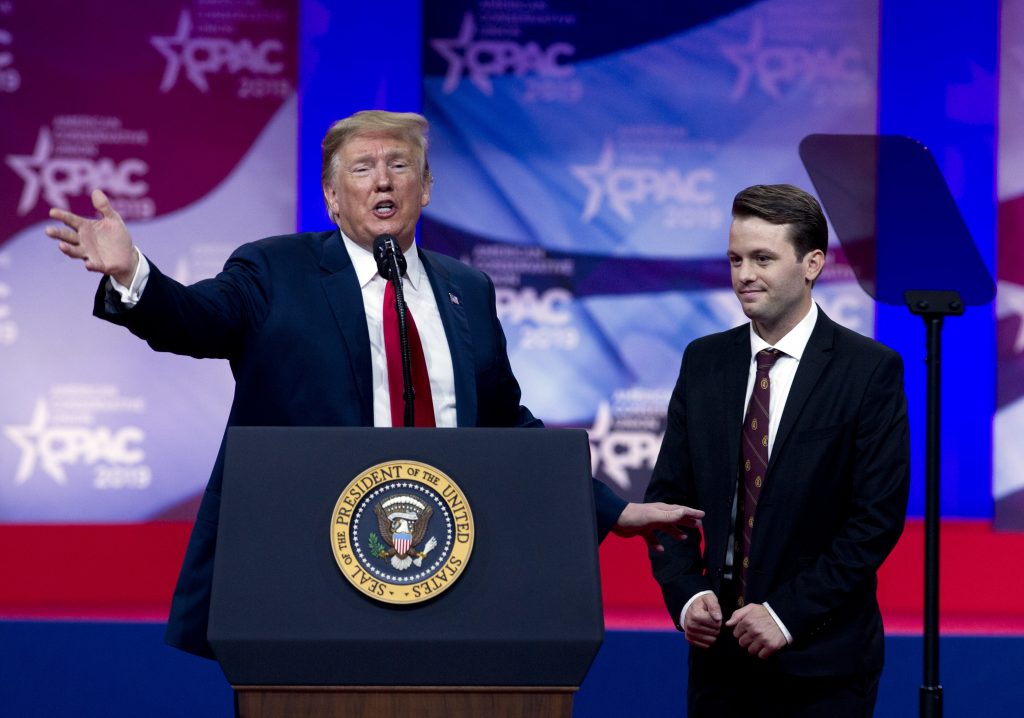 Trump is highlighting concerns from some conservatives that their voices were being censored, whether on social media or at the nation’s universities. He did not go into more detail about what the order would say, but his comments immediately drew scrutiny from those who noted that public research universities already have a constitutional obligation to protect free speech.

“An executive order is unnecessary as public research universities are already bound by the First Amendment, which they deeply respect and honor,” said Peter McPherson, president of the Association of Public and Land-Grant Universities. “It is core to their academic mission.”

Trump invited Hayden Williams to join him Saturday while he addressed activists attending the Conservative Political Action Conference. Williams was punched Feb. 19 while on the campus of University of California, Berkeley. He was recruiting for the conservative group Talking Points USA.

Two men approached and one punched him during a confrontation captured on student cellphones. University of California, Berkeley police arrested a suspect, Zachary Greenberg, on Friday.

Williams, who had a black eye, told Fox News that the men objected to a sign that said “Hate Crime Hoaxes Hurt Real Victims.”

Neither Williams nor Greenberg are affiliated with UC Berkeley.

Trump told the audience Saturday that Williams “took a hard punch in the face for all of us.” Meanwhile, Williams said many conservative students face “discrimination, harassment or worse if they dare speak up on campus.”

Trump offered no details about what the executive order might say about what has become a thorny issue on college campuses.