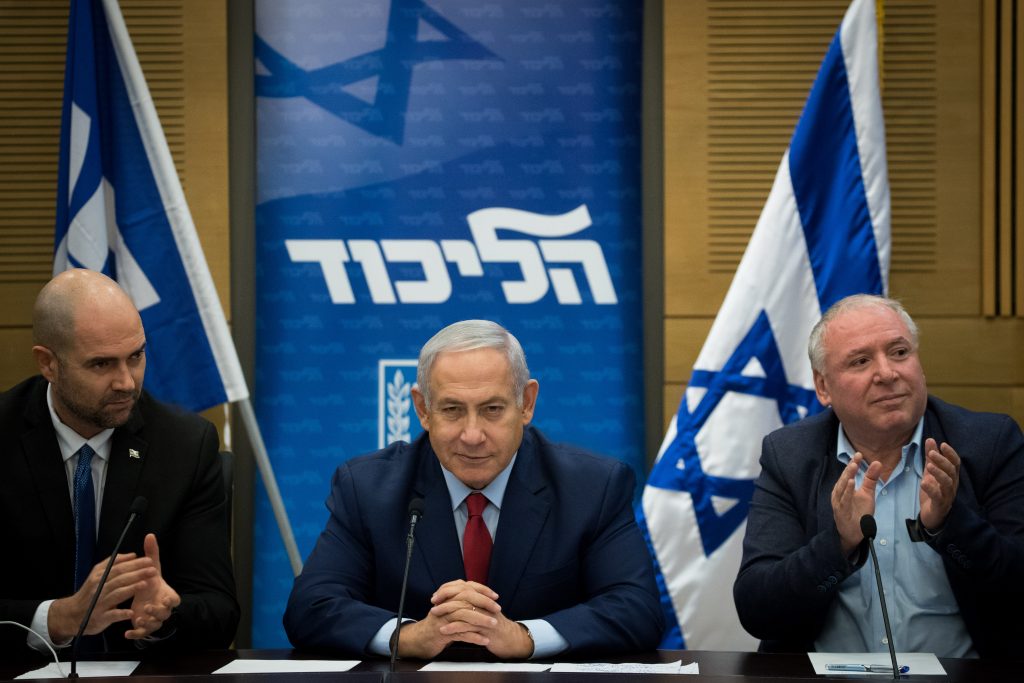 Polls published on Channel 13 News and on Kan 11 both show that, if elections were held today, the center-left bloc would win a total of 61 Knesset seats, two more than the right-wing bloc, which would win 59 seats altogether, making Binyamin Netanyahu’s campaign a little tighter.

In the Channel 13 poll, the Blue and White party wins 36 seats while the Likud wins only 30. Hadash-Ta’al, headed by Ayman Odeh and Ahmed Tibi, garners nine seats, while the Union of Right Parties (Jewish Home, National Union and Otzma Yehudit) and United Torah Judaism each have seven. Labor, Shas and Meretz win six seats each. The New Right party headed by Naftali Bennett and Ayelet Shaked wins only five seats.

Interestingly, while the center-left wins more seats in this poll, 46 percent of respondents said that Binyamin Netanyahu is the most suitable candidate to serve as prime minister, while only 40 percent said that Gantz is more suitable.

According to the Kan 11 poll, the Blue and White party comes out on top with 37 seats, while the Likud has only 29. The New Right gets seven seats, as does UTJ and the Hadash-Ta’al Arab party. Receiving six seats are Shas, Labor and Meretz. The Union of Right Party, Balad and Kulanu all receive five seats.

In this poll as well, Yisrael Beytenu doesn’t pass the electoral threshold.

These polls were taken after Attorney General Avichai Mandelblit announced his decision to indict Netanyahu subject to a hearing.