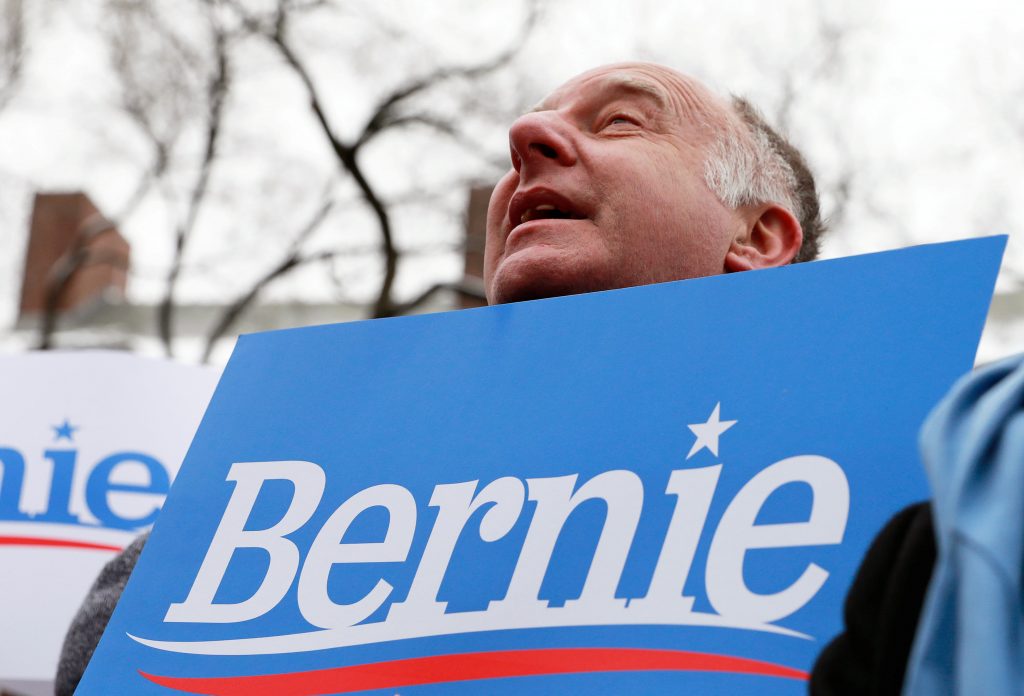 As the number of Democrats running for president grows, the 2020 hopefuls fanned out across several early-voting states over the weekend and met with voters in some of the states that will have an early say in determining the nominee.

Sens. Cory Booker of New Jersey and Sherrod Brown of Ohio were in South Carolina, site of the South’s first primary, drawing diverse audiences in the state where the primary electorate is largely composed of minority voters.

Sen. Bernie Sanders of Vermont made Brooklyn the official launch site of his second run for the White House, saying his campaign is tailor-made to defeat President Donald Trump.

In Iowa, Sen. Elizabeth Warren of Massachusetts courted voters. Sen. Amy Klobuchar of Minnesota was scheduled to attend the Gridiron Club dinner in Washington, an event where politicians traditionally poke fun at the press and other politicians.

Trump spoke to a gathering of conservatives in suburban Maryland, where he mocked Democrats for their framework to combat climate change and said House lawmakers pushing to expand their investigations of him are “sick.”

In the final swing of a political tour as he decides whether to enter the 2020 presidential race, Brown spent time this weekend in South Carolina. He stressed his commitment to higher wages for workers and more robust health care and acknowledging the crucial role of the early-voting state.

Later Saturday, Brown was expected to speak at a Dorchester County Democrats’ event, where Booker was also scheduled to attend following a town hall discussion in Charleston.

Sanders launched his second presidential campaign in his birthplace of Brooklyn with a call for Americans from all walks of life to join his fight for a political revolution, one he’s been waging for four decades.

Calling Trump the most dangerous president in modern U.S. history, the Vermont senator said that his campaign is built to defeat Trump.

After falling short in 2016 against Hillary Clinton, Sanders told supporters at a rally at Brooklyn College, which he once attended, that his campaign is saying “loudly and clearly that the underlying principles of our government will not be greed, hatred and lies. […] That is going to end.”

He had begun his 2016 campaign in Vermont, which he has represented in the Senate for nearly two decades. But this time, as he tries to showcase more of his personal story, Sanders kicked off his 2020 bid in the New York City borough where he grew up as a child.

After Brooklyn, Sanders planned to travel to Selma, Alabama, where he will be among the politicians commemorating the anniversary of the 1965 clash known as “Bloody Sunday,” when peaceful demonstrators were beaten back by Alabama state troopers as they attempted to cross the Edmund Pettus Bridge. A second campaign rally this weekend was set for Chicago, where he attended the University of Chicago and was involved in civil rights protests.

Trump aired his grievances and basked in the adoration of cheering conservatives after a trying week of tumult and setbacks, giving a stemwinder of a speech that clocked in about two hours-plus and hardly left him winded or the audience disappointed.

Trump let loose against House Democrats broadening their investigations of him, predicted he would win re-election by a greater margin that his 2016 victory, taunted some of his potential White House challengers and sounded themes that are staples of his rallies.

The off-the-cuff remarks came at the end of the week that saw his nuclear summit with North Korea’s leader collapse without an agreement, his former lawyer deliver congressional testimony about his character and business practices and Congress take action to nullify his emergency declaration to secure money for the border wall that lawmakers have denied him.