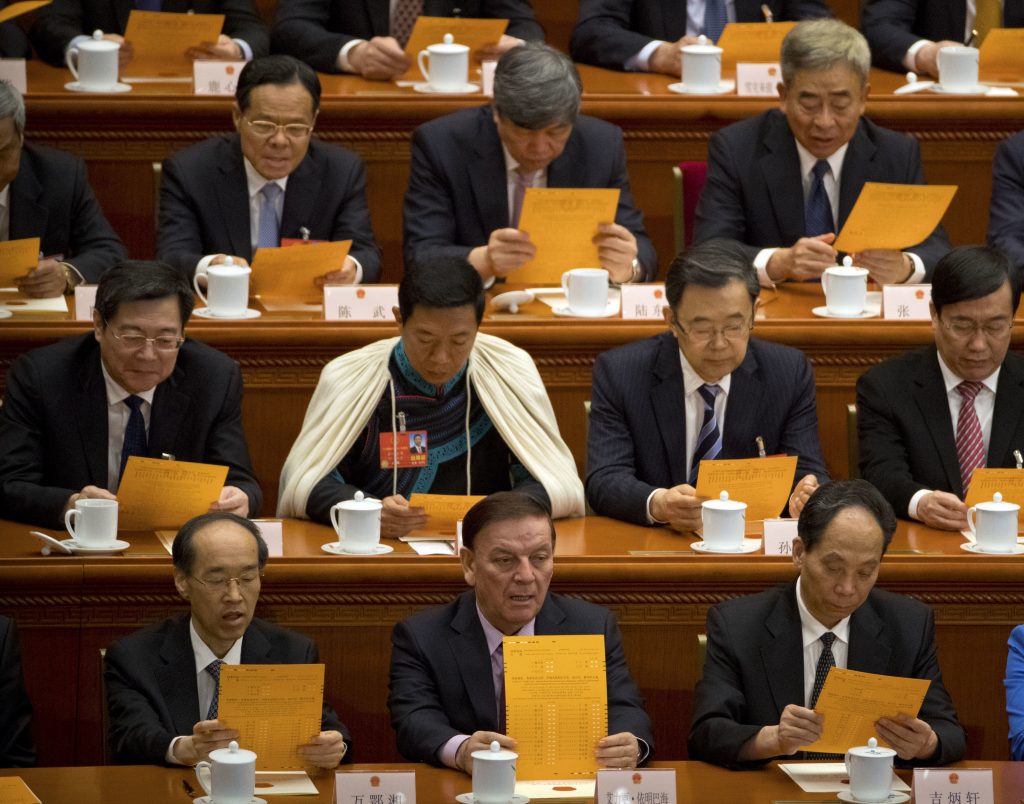 In an unusual step, China’s ceremonial legislature is due to endorse a law meant to help end a bruising tariff war with Washington by discouraging officials from pressuring foreign companies to hand over technology.

The battle with China’s biggest trading partner is overshadowing the National People’s Congress, the country’s highest-profile event of the year. It brings 3,000-plus delegates to the ornate Great Hall of the People in Beijing to endorse the ruling Communist Party’s economic and social welfare plans.

The congress will go on for two weeks.

It gives President Xi Jinping’s government a platform for advertising changes aimed at ending the fight with President Donald Trump that has disrupted trade in goods from soybeans to medical equipment.