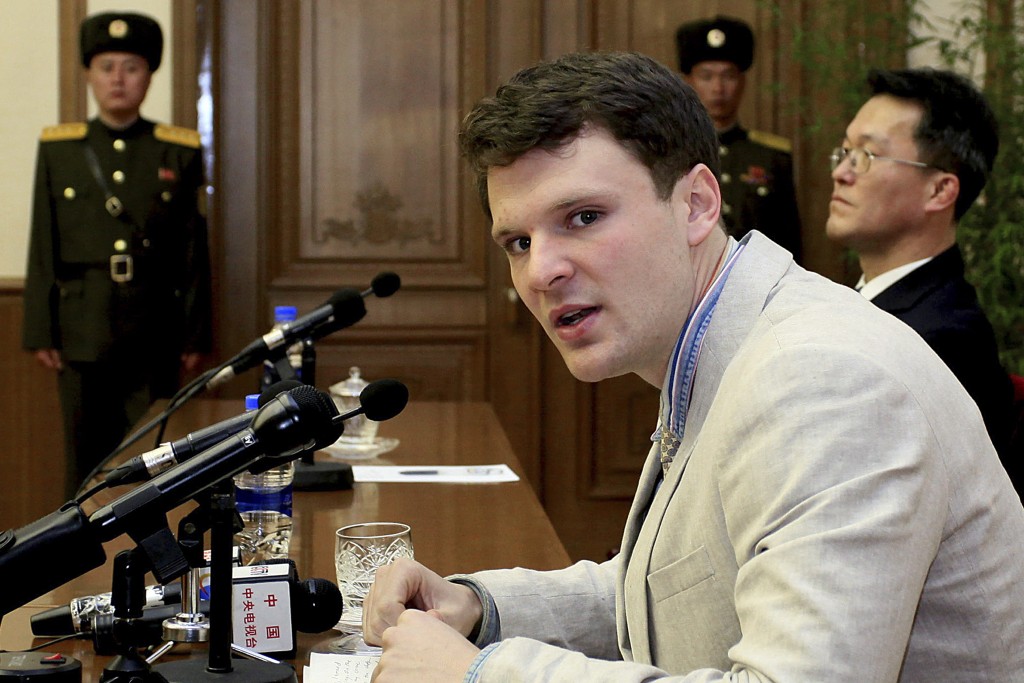 The parents of Otto Warmbier, an American college student who died in 2017 following months of detention in North Korea, rebuked President Donald Trump on Friday, saying Kim Jong Un “and his evil regime” are responsible for their son’s death.

Trump said this week that he takes Kim “at his word” that Kim was unaware of alleged mistreatment of Warmbier.

Fred and Cindy Warmbier pushed back in a statement Friday, saying they had remained silent earlier this week while Trump and Kim met in Vietnam. “Now we must speak out,” they said.

The 22-year-old University of Virginia student died in June 2017 after being returned home in a vegetative state. His parents have said he was tortured. The suburban Cincinnati youth was visiting North Korea with a tour group when he was detained in 2016 for allegedly stealing a propaganda poster.

During a news conference Thursday after a two-day summit with Kim in Vietnam, Trump was asked if he and Kim had discussed Warmbier and whether he had asked the North Korean leader to take responsibility for what happened to him.

Trump said “something very bad happened” to Warmbier, but added that he didn’t believe Kim knew about it or would have allowed it to happen.

“He tells me that he didn’t know about it, and I will take him at his word,” Trump said.

Some lawmakers and others have criticized the president’s comments.