Israel ANALYSIS: The State of Israel vs. Netanyahu: What’s Next?
Israel 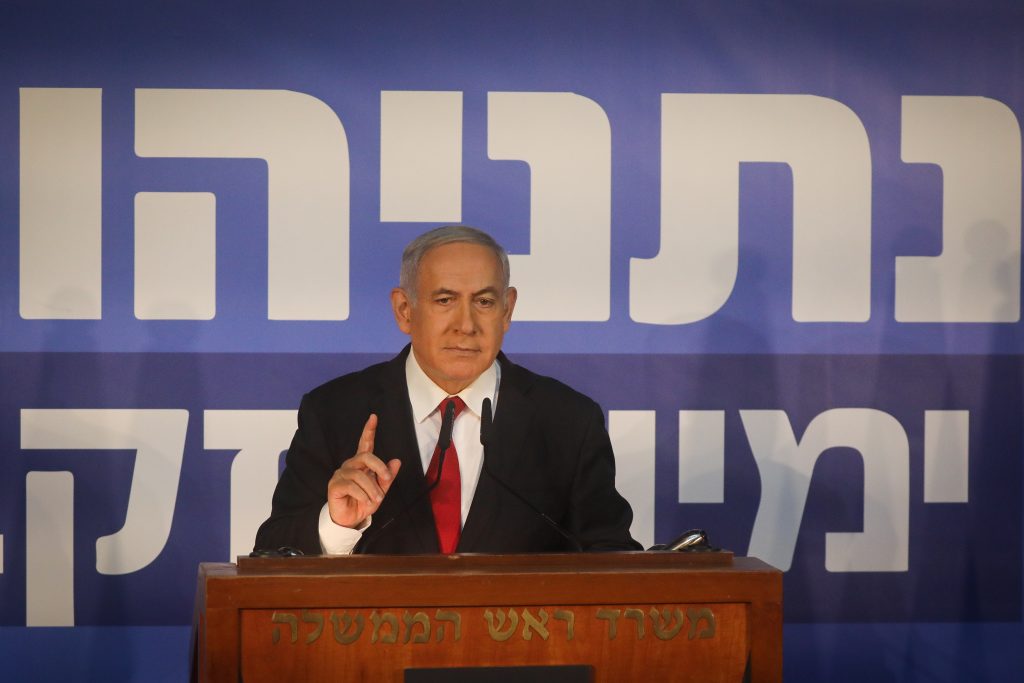 Although long expected, the announcement Thursday night by State Attorney Avichai Mandelblit that he recommends Prime Minister Binyamin Netanyahu be indicted on charges ranging from breach of trust to bribery in three investigations against him has had a major impact on the political discourse of Israel. It remains to be seen if it will have an impact on the political drama embracing Israel now – its elections – but the second act in the legal drama engendered by the announcement will be a long time coming.

That’s because the next step in the process will be the holding of a hearing for Netanyahu, a legal requirement that will determine whether or not indictments will actually be handed down. A “hearing” in this case is far more than a discussion of the potential indictments; it provides Netanyahu’s attorneys with an opportunity to do an in-depth review of the evidence in the case and to depose the witnesses to determine the accuracy or import of their testimony.

Netanyahu has not had the opportunity to do either, despite his protests that the actions of the Justice Ministry preventing him from learning how the charges against him were derived is a violation of his rights.

Legal experts told Channel 20 that, given the amount of material in the three cases against Netanyahu that must be gathered, photocopied, classified, and reviewed by his attorneys, the actual hearing itself cannot take place before the summer – and the process could take as long as a year.

During the hearing, Netanyahu’s attorneys will discuss the alleged evidence with prosecutors in order to determine if the charges against their client will actually hold up in court – and if they do not, the charges will be dropped.

Netanyahu has consistently said that he expects the entire matter to be dropped, given the paucity of evidence. Analysts told Channel 20 that the Mandelblit announcement actually bore out Netanyahu’s claims; Case 2000, in which the prosecution has recordings it claims has Netanyahu discussing favor-trading with the Yediot Acharonot publisher Noni Mozes, resulted not in a suggestion for indictment on bribery charges for Netanyahu, but for “breach of trust,” which, the analysts said, Mandelbit proposed as a compromise, because of a fierce debate among prosecutors on whether or not there were any grounds for an indictment at all. The case in which he should be indicted on bribery charges, Case 4000, is considered far weaker than Case 2000.

Media reports Thursday afternoon said that an indictment had already been prepared against Netanyahu in three of the cases against him. In Case 1000, Netanyahu was accused of accepting extravagant gifts from millionaire Arnon Milchin, mostly cigars and champagne. He will be indicted on charges of breach of trust.

In Case 2000, an alleged deal in which Yediot Acharonot publisher Arnon Mozes offered the Prime Minister better coverage in his newspaper in return for help in passing legislation against his newspaper’s competition, Netanyahu will also be charged with breach of trust. These are seen as relatively “light” charges for actions that are open to interpretation, and will likely end in a reprimand or similar result.

Case 4000, also known as the Bezeq-Walla News case, is the influence-peddling probe that alleges that the prime minister offered his good services to Israeli billionaire Shaul Elovich in return for positive coverage on the Walla news site. According to police, Elovich offered Netanyahu a quid-pro-quo deal of “better coverage” for the Prime Minister on the Walla site if the Prime Minister would help him get out of the financial bind he found himself in. At the heart of the scandal are favors that were allegedly done for Elovich, the majority shareholder in Bezeq and the Walla news site.