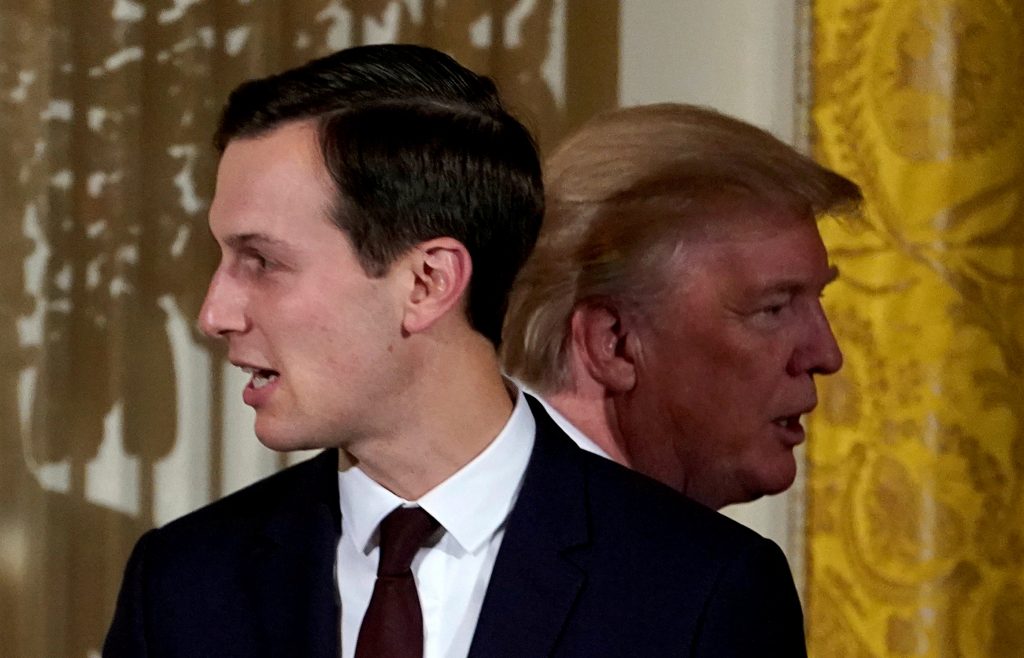 Kushner was granted the high-level clearance last May after a lengthy background check.

The newspaper said Kelly wrote in an internal memo that he had been “ordered” to give top-secret clearance to Kushner. McGahn wrote a memo in which he advised against such clearance.

Peter Mirijanian, a spokesman for Kushner lawyer Abbe Lowell, responded Thursday to the Times story with a statement, saying: “In 2018, White House and security clearance officials affirmed that Mr. Kushner’s security clearance was handled in the regular process with no pressure from anyone. That was conveyed to the media at the time, and new stories, if accurate, do not change what was affirmed at the time.”

Rep. Elijah Cummings, chairman of the House Committee on Oversight and Reform, said Thursday that the Times report “indicates that President Trump may have granted access to our country’s most sensitive classified information to his son-in-law against the advice of career staff – directly contradicting the President’s public denials that he played any role.”

Trump told Times reporters in January that he “was never involved” with Kushner’s security clearance.

Cummings noted that his committee has launched an investigation into the security clearance process and requested documents and interviews relating to Kushner’s clearance.

“To date, the White House has not produced a single document or scheduled a single interview,” Cummings said in a statement. “The Committee expects full compliance with its requests as soon as possible, or it may become necessary to consider alternative means to compel compliance.”