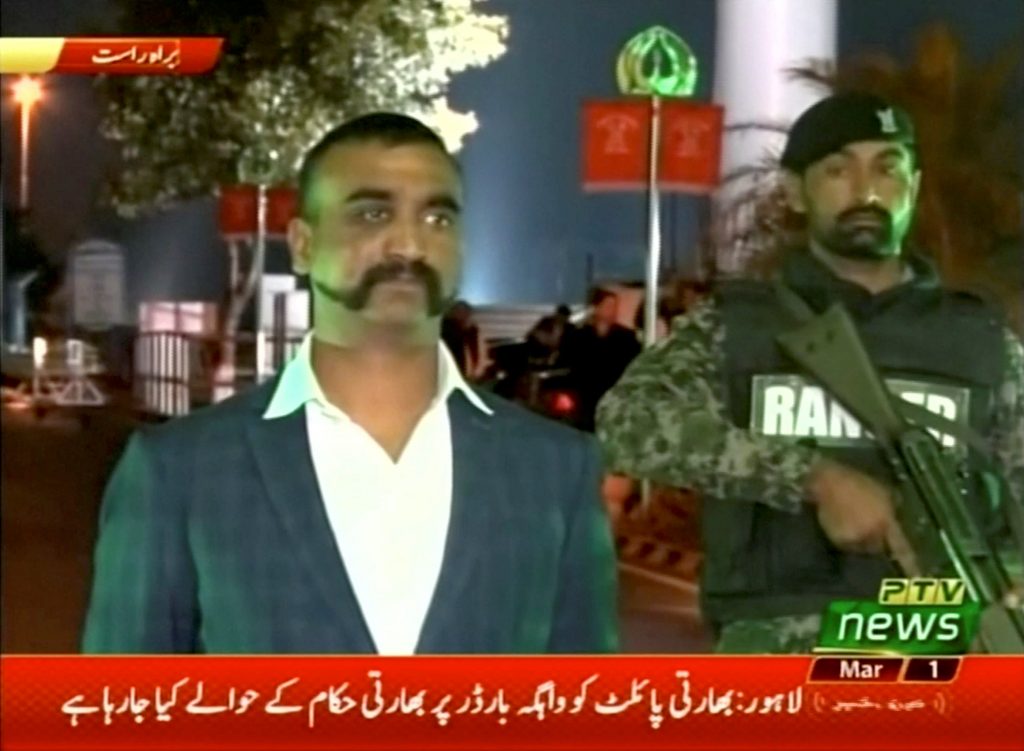 Pakistani officials handed over a captured Indian pilot at a border crossing with India on Friday, in a “gesture of peace” promised by Pakistani Prime Minister Imran Khan amid a dramatic escalation with the country’s archrival over the disputed region of Kashmir.

The pilot, identified as Wing Commander Abhinandan Varthaman, was taken in a convoy that set out from the eastern Pakistani city of Lahore to the border crossing at Wagah earlier in the day, escorted by military vehicles with soldiers, their weapons drawn.

The Pakistani military has said his plane was downed on the Pakistani-held side of Kashmir on Wednesday.

Varthaman was accompanied to the border by the International Committee of the Red Cross. His handover took several hours, as a roster of procedures were completed including a medical checkup to verify his health and condition before being handed over to his countrymen.

In a video message aired on Pakistani TV, Varthaman was seen in his green flight suit saying he was rescued by two Pakistani military personnel when he ejected and found himself in Pakistani controlled Kashmir surrounded by a small mob of seemingly angry residents. It wasn’t clear when he recorded this statement, but it was clearly while he was in the custody of the Pakistan military.

On the Indian side of the border, policemen and military personnel greeted Varthaman, who was dressed in civilian clothes, wearing a blue blazer and gray dress pants.

Earlier in the day the road on the Indian side of the border was lined with well-wishers. But by the time Varthaman crossed around 9 p.m. local time, most people had dispersed.

The handover came against the backdrop of blistering cross-border attacks across the disputed Himalayan region of Kashmir that continued for a fourth straight day, even as the two nuclear-armed neighbors sought to defuse their most serious confrontation in two decades.