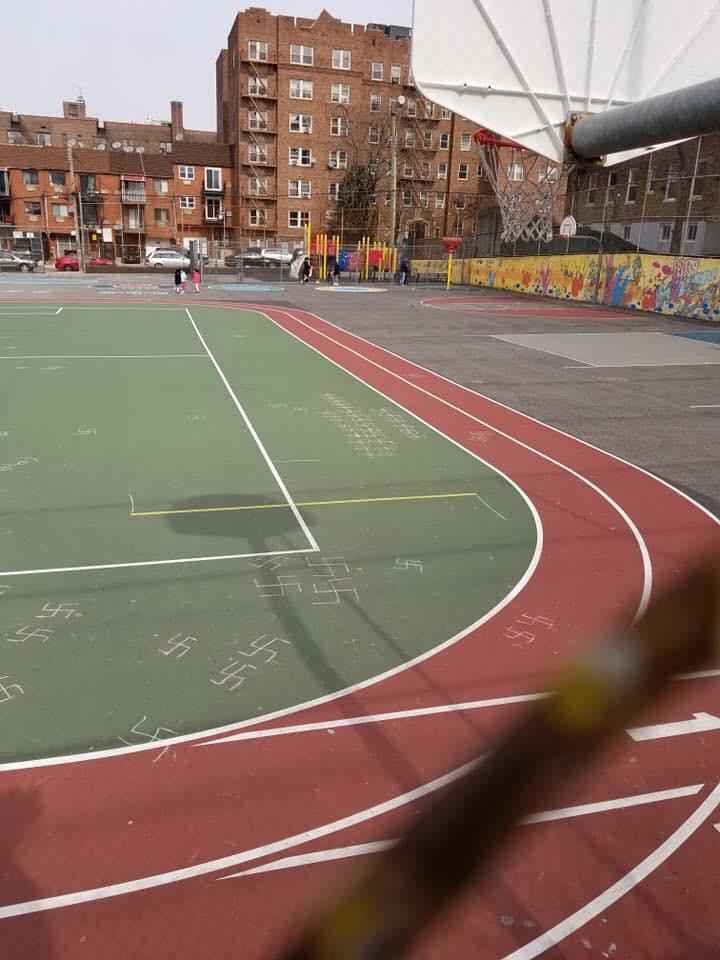 A 12-year-old boy has been arrested for scrawling anti-Semitic graffiti in a school playground in Queens.

Swastikas and “Hail Hitler” were found scrawled in chalk the yard of P.S. 139 in Rego Park, Queens, Friday. The boy was arrested Wednesday and charged with aggravated harassment.

“No matter the face of hate, the NYPD, partnered with the community, has ZERO tolerance,” Chief of Detectives Dermot Shea tweeted in announcing the arrest. The suspect was processed as a juvenile and released.

Two days after the graffiti was discovered in Queens, swastikas were found drawn in black marker at a playground in Brighton Beach, Brooklyn.

Following the recent spate of anti-Semitic assaults and graffiti in New York, City Councilmembers Chaim Deutsch and Karen Koslowitz announced they will be hosting a “Stop the Hate” rally. The rally, which will be led by city youth leaders, will be held Sunday at noon, in the Madison High School lobby, located at 3787 Bedford Avenue. A number of other elected officials, Jewish and other groups will be co-sponsoring.

Deutsch says that the arrest of a youth for scrawling anti-Semitic symbols “demonstrates the clear need to educate kids while they are young about the importance of respecting others, and understanding the impact that hate can have.”