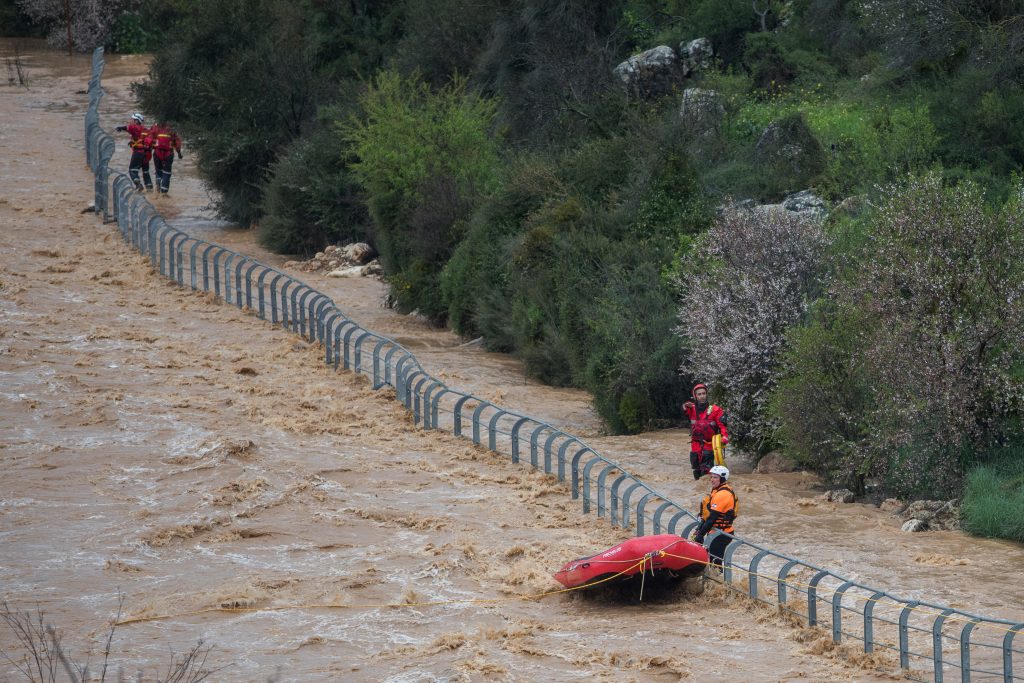 Two people were rescued Thursday from the roofs of their vehicles after they were trapped by a river that overflowed the Arazim Valley, between Har Hotzvim and the Ramot neighborhood in Yerushalayim.

Four search and rescue teams, assisted by the special rescue unit of firefighters and rescuers, were rushed to rescue the people trapped in the water.

One of the men was trapped by the strong current and at some point was swept into the water. The two were evacuated to the Shaare Tzedek hospital. One of them, a 21-year-old was only lightly injured while the other, 51, was moderately injured.

In another incident, firefighters from the Yerushalayim District were called to the Ein Kerem Square following a report of a minibus with four people trapped in a stream of water.