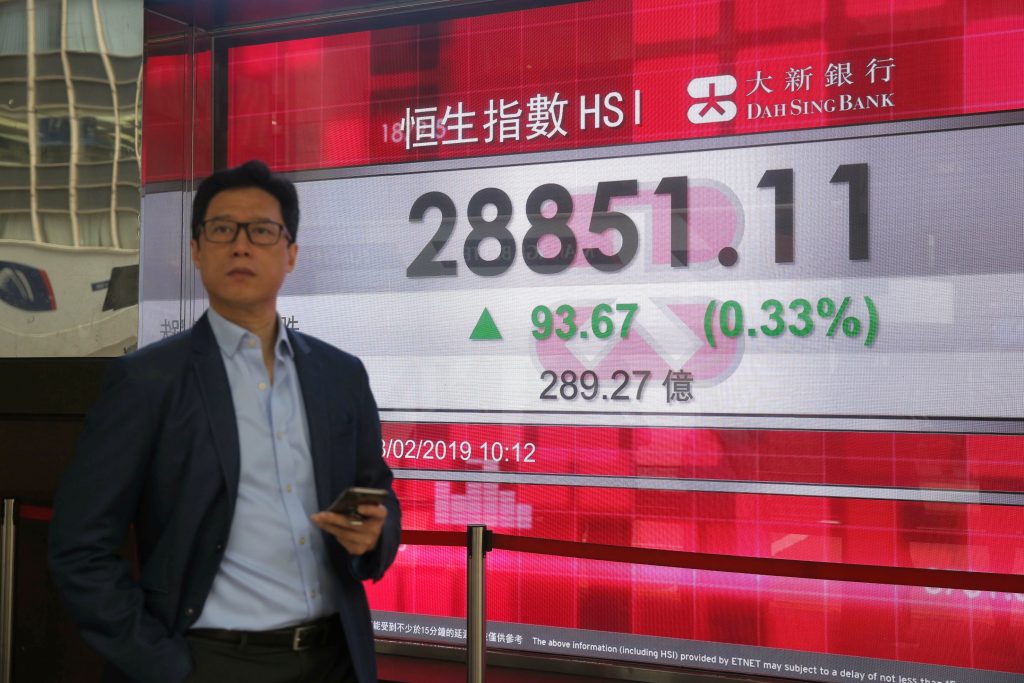 The two leaders left the hotel where they met Thursday much earlier than expected and a lunch and joint agreement-signing ceremony were canceled.

By cutting short their meeting, the two leaders foiled hopes for an agreement with tangible progress toward ending the North’s nuclear program that could have raised confidence across the region, especially in South Korea.

White House press secretary Sarah Sanders said the leaders had a “good and constructive meeting” and looked forward to talks in the future.

Meanwhile, comments from a key U.S. trade negotiator stoked doubts overnight over how much progress was being made on resolving the trade war between the U.S. and China.

Stocks in New York fell in early trading overnight after U.S. Trade Representative Robert Lighthizer told a panel of lawmakers that “much still needs to be done” before the U.S. and China can reach an agreement. China has offered to make major purchases of U.S. goods, such as soybeans and natural gas, in a bid to resolve the conflict, but Lighthizer said such steps wouldn’t be enough.

“The issues on the table are too serious to be resolved with promises of additional purchases,” he said. “We need new rules.”

There was more discouraging economic news from China, where a survey released Thursday showed manufacturing activity fell to a three-year low in February amid the tariff battle with Washington.

The monthly purchasing managers’ index by the government statistics bureau and an industry group fell 0.3 points to 49.2 on a 100-point scale on which numbers below 50 indicate activity contracting. That was the lowest level since February 2016.

The trade battle has rattled Chinese consumers, some of whom say they are putting off big purchases until the economic outlook is clearer. That sets back Beijing’s campaign to nurture self-sustaining economic growth based on domestic consumption instead of exports and investment.

“Unless the trade war truly turns into an extended truce, the weakening trend may not end quickly,” Irene Pang of ING said in a report.

President Donald Trump has postponed increasing tariffs on $200 billion in Chinese goods that would have been effective March 2. He has not given a new date for the higher tariffs if negotiations falter.