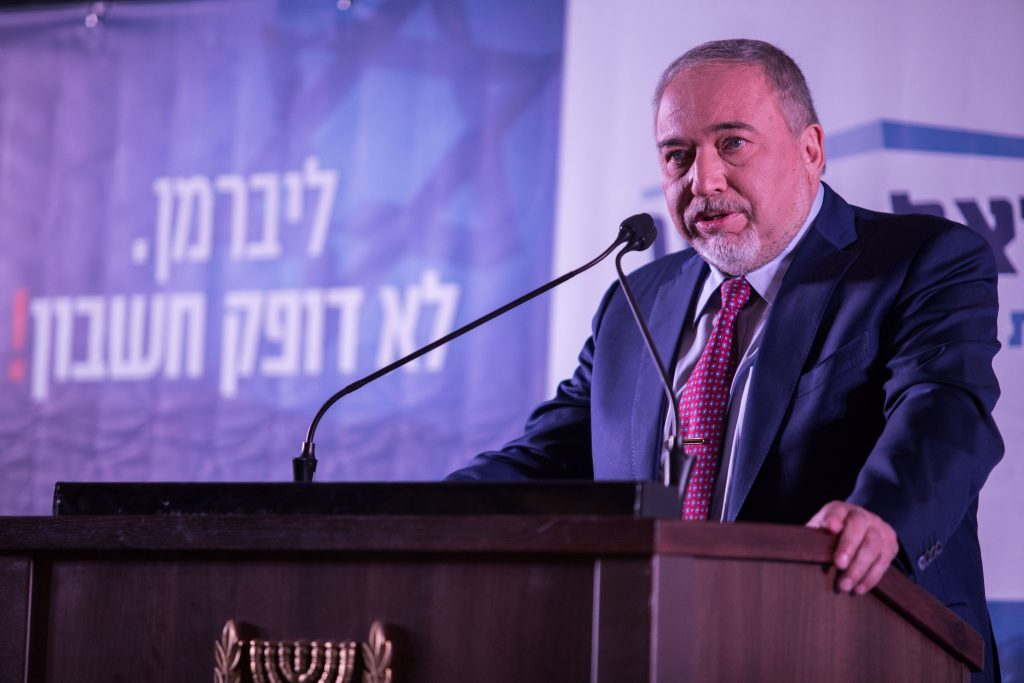 The country was split down the middle—right and left—on the news of Attorney General Avichai Mandelblit’s decision to indict Israeli Prime Minister Binyamin Netanyahu on multiple corruption charges on Thursday.

All the coalition and right-wing parties — except Moshe Kahlon’s Kulanu — came out in defense of Netanyahu on Thursday evening.

“In Israel, the only body authorized to rule whether someone is guilty or innocent is the court,” Yisrael Beytenu party chief Avigdor Liberman said in a statement. “The presumption of innocence is assured for anyone, including the prime minister. Therefore as far as we’re concerned, Netanyahu can run in the Knesset elections like anyone else.”

The New Right party similarly said Netanyahu “enjoys the presumption of innocence, like any other citizen. We respect the attorney general’s decision, but just as the attorney general himself said he would come to the [pre-indictment] hearing with an open mind, we will also wait [to judge Netanyahu] until after the hearing. The New Right party will ask the president to appoint Netanyahu to form the next coalition.”

United Torah Judaism also voiced support for Netanyahu as innocent until proven otherwise, confirming it will continue supporting him “especially during this sensitive time, as long as the law permits it.”

The Union of Right Wing Parties also backed Netanyahu as “innocent until proven guilty,” and warned his possible fall could lead to the establishment of a “Palestinian terror state.”

The party said it would still “recommend after the elections that Prime Minister Netanyahu be the candidate to form a strong and stable right-wing government” despite the indictment announcement.

A rally in support of the prime minister was scheduled for Rabin Square in Tel Aviv.