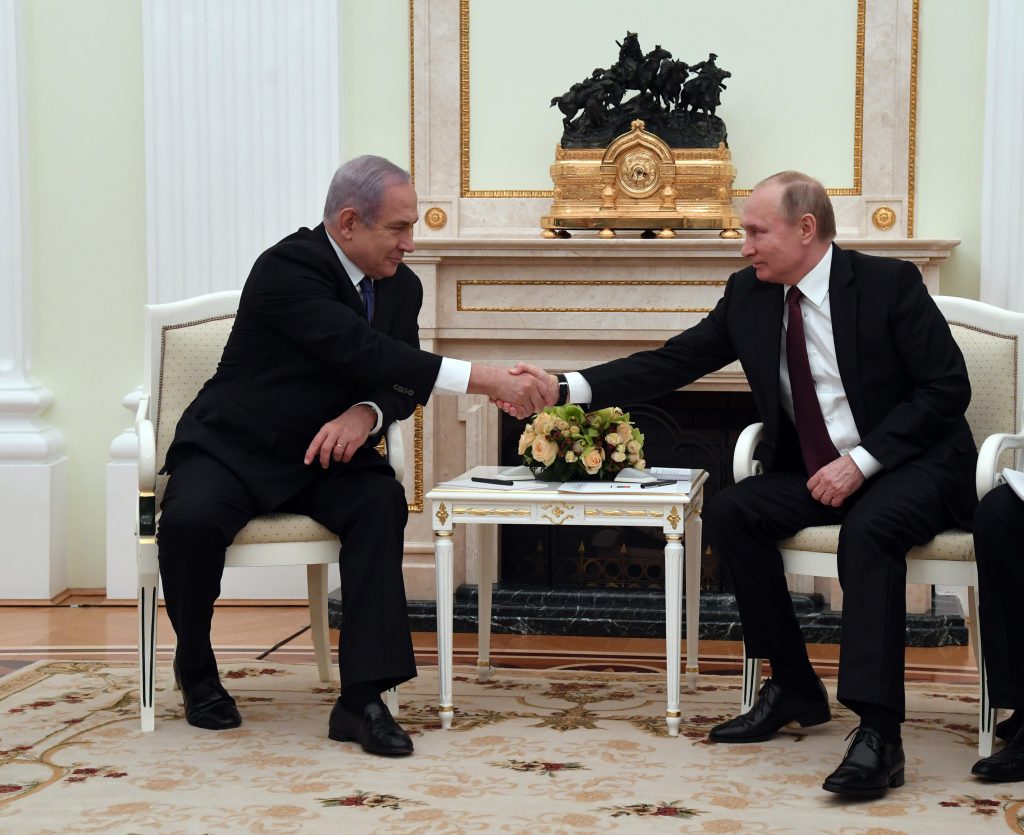 Amid the turmoil in Israel on Thursday night over Prime Minister Netanyahu’s legal problems, Russian President Vladimir Putin expressed hope that it would not affect the “consistent progress” in bilateral relations.

Putin was careful not to appear to take any position in the corruption charges against Netanyahu, speaking only about Russia-Israel relations and Netanyahu’s role in that.

“We hope that despite internal political events, the pre-election situation, no matter how it unfolds, continuity will be preserved in the development of Russian-Israeli relations,” Putin said, according to a statement from the Russian embassy in Israel.

“As for the development of our bilateral relations, there has been quite consistent progress. We must acknowledge the Israeli leadership’s efforts: Prime Minister Netanyahu is working on this personally,” he said.

The Russian leader’s comments confirmed what Netanyahu said in a statement Thursday night in response to the attorney general’s announcement:

“This special connection with the leaders of the world powers isn’t something to be taken for granted,” he said. “I’ve built it up for years, and it helps me ensure our security and future and defend our country.”