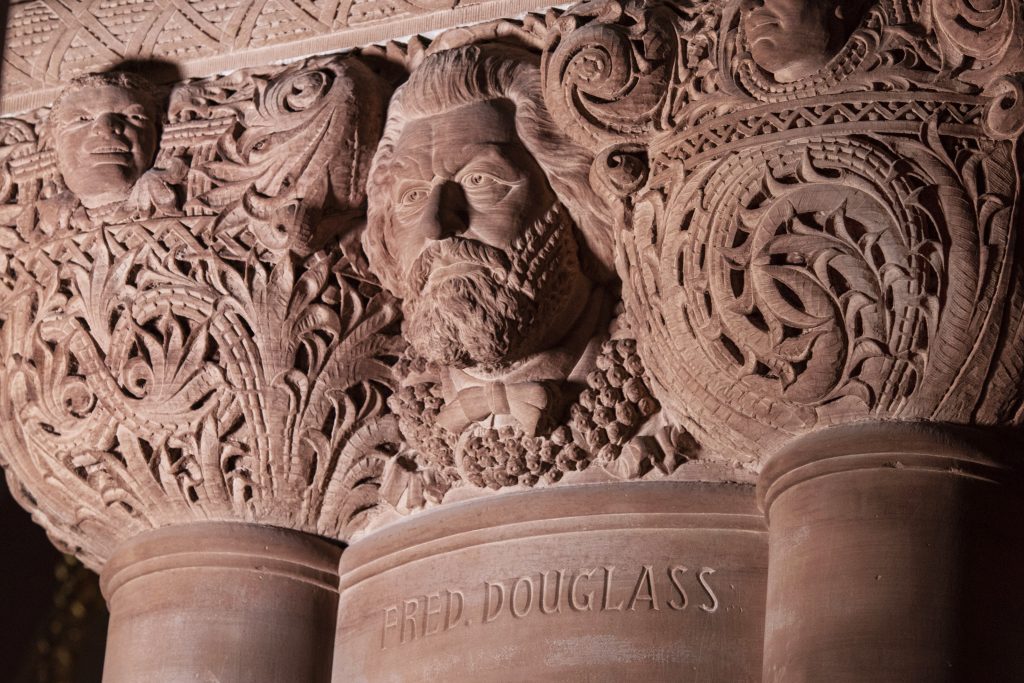 A more than 100-year-old mistake in the spelling of 19th century abolitionist Frederick Douglass’ last name on his stone carving at the New York state Capitol has been corrected.

His face is among the faces of 77 famous people carved into the ornate interior stonework of the “Million Dollar Staircase” from 1884 to 1898.

The Douglass face is believed to have been carved into a third-floor column sometime in the 1890s, with his name spelled “Fred. Douglas.” A stone carver hired by the state added the second “s” on Wednesday.