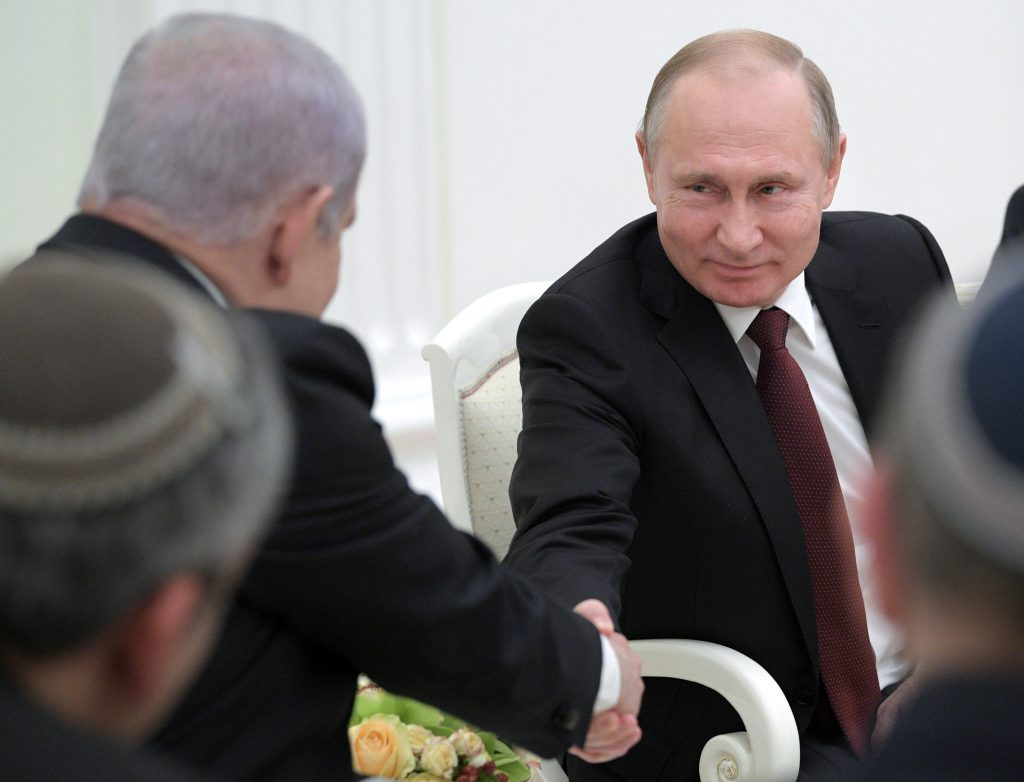 In an interview Thursday, Environment Minister Ze’ev Elkin said that despite the impending announcement by State Attorney Avichai Mandelblit on whether he believes Binyamin Netanyahu should be tried in one or all of the corruption cases against him, the prime minister has been functioning as he always does. At his meeting with Russian President Vladimir Putin, Netanyahu was all business, and was not distracted by his legal problems. “He achieved things in that meeting that no one else has been able to achieve,” Elkin said in the interview with Reshet Bet.

Elkin, who accompanied Netanyahu on his one-day trip to Russia, said that “Netanyahu worked as he always does, concentrating on his meeting with the Russian president. I am always amazed at Netanyahu’s capabilities in the area of diplomacy and statehood. One day a book will be written about what happened in that room with Putin.”

In a statement, Netanyahu’s office said that the meeting was a success. During the meeting, the leaders discussed issues of bilateral trade, economic and humanitarian cooperation, and major international and regional problems, in particular, the situation in Syria and settlement of the Israeli-Palestinian conflict, according to a Russian statement.

Commenting on the prospective announcement by Mandelbit Thursday, Elkin said that whatever the outcome, Netanyahu would keep on pushing forward. “I have seen him at Cabinet meetings as he was going through very difficult personal issues, and he puts everything aside.” There was no reason for Netanyahu to resign if charges were recommended. “The law states he does not have to, and apparently for a very good reason. This is a basic law. In a normal country, a person is not guilty until a court decides,” Elkin said.