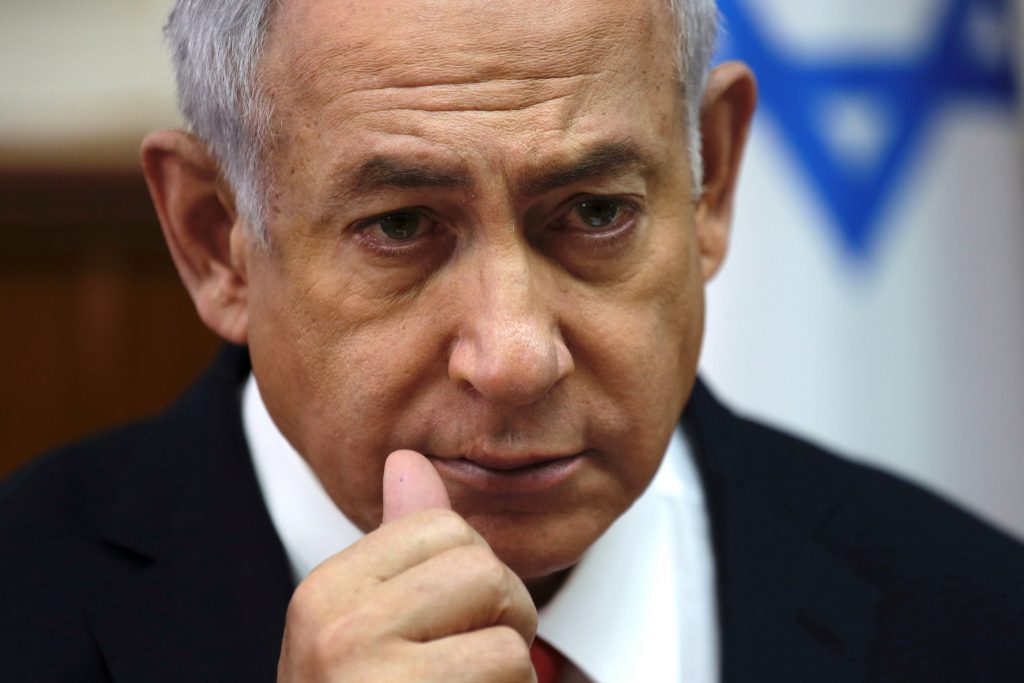 Attorney General Avichai Mandelblit announced Thursday evening that he will seek indictments against Prime Minister Binyamin Netanyahu on charges of bribery, fraud, and breach of trust in the multiple cases against him.

PM Netanyahu is set to respond in a special broadcast at 8:00 p.m. Israel time.

Following the announcement, the Likud party issued a statement condemning the decision, calling it “political persecution” of the Prime Minister.

“This witch hunt against the Prime Minister started with the attempt to pin him with four cases involving bribery [charges]. Already now, before the [pre-indictment] hearing, three of [the bribery cases] have fallen apart. The remaining charges will also fall apart, like a house of cards, once the Prime Minister faces the state’s witnesses.”

Mandelblit’s announcement came after the High Court rejected a last-minute appeal to prevent it.

A petition to delay the announcement until after the April 9 elections, which PM Netanyahu has been demanding, was brought by the Herzliya Citizens NPO and attorney Yossi Fuchs (whose petition the Likud party belatedly sought to join). The argument has been that such an announcement by the attorney general before Netanyahu has had his opportunity for a hearing would unfairly influence the elections.

Judge Sohlberg said in a brief statement that “The court will not in general accede to petitions brought on behalf of the public where in the background there is a person or entity directly affected by the subject matter of the petition.

“And there is no cause to deviate from the general rule… the decision by the Attorney General to file an indictment against him or not relates first and foremost to the prime minister himself, even if there are indirect consequences for the general public in Israel.”

The Likud pointed to an inconsistency in the court’s ruling:

The Likud’s chief legal adviser, Avi Halevy, stated that allowing Mandelblit to announce his decision so close to the elections would be an “unprecedented interference” in the democratic process.

“It is possible that as a result of the publication of the attorney general’s decision, parties in the right-wing bloc that support the prime minister will receive fewer seats in the Knesset.

“This [indictment] decision may turn 180 degrees as a result of the hearing that will take place only after the elections, but by then it will be too late for the parties that lost representation in the Knesset, and/or in the next government, as a direct result of this publication.”

As expected, the opposition welcomed the news.

“This is a black day for the state, when a prime minister is accused of grave corruption,” Gabbay told a local leaders’ conference in Tel Aviv.

“The prime minister is a symbol of the state, don’t embarrass the citizens of Israel,” he said. “You deserve to fight to clear your name, but not from the Prime Minister’s Residence.”

Meretz said it will call an urgent Knesset plenum session to press for Netanyahu’s resignation.

“A prime minister cannot serve with an indictment against him,” party leader Tamar Zandberg said. “Meretz will hold a special discussion and commits to presenting a bill at the beginning of the next Knesset session forcing a prime minister to take a leave of absence if formally charged.”

Mandelblit’s decision was expected, having been leaked in numerous media reports in the preceding weeks.

Sources close to Mandelblit have previously told The Jerusalem Post that if the attorney-general moved to indict PM Netanyahu for the serious charge of bribery – as opposed to a lesser charge – he would not defend Netanyahu before the High Court if a petition was filed to force the prime minister to resign.

In Case 1000, Netanyahu faces accusations that he received gifts and benefits from billionaire benefactors including Israeli-born Hollywood producer Arnon Milchan in exchange for favors. Mandelblit said he intends to charge Netanyahu with fraud and breach of trust. Milchan is not to be charged.

In Case 2000, involving accusations Netanyahu agreed with Yedioth Ahronoth newspaper publisher Arnon Mozes to weaken a rival daily in return for more favorable coverage from Yedioth, Mandelblit will seek to also charge the premier with fraud and breach of trust, while Mozes will be charged with bribery.

In Case 4000, widely seen as the most serious against the premier, PM Netanyahu is accused of having advanced regulatory decisions that benefited Shaul Elovitch, the controlling shareholder in the Bezeq telecom giant, in exchange for positive coverage from the Elovitch-owned Walla news site. In that case Mandelblit announced he intends to charge Netanyahu with fraud and breach of trust, and both Netanyahu and Elovitch with bribery.

The attorney general detailed the allegations in a 57-page document that was released on Thursday evening.

Mandelblit did not follow all the recommendations of the state attorney and police. They wanted the prime minister to be indicted for bribery in all of the cases, but Mandelblit chose the lesser charges of fraud and breach of trust in two of them.

Netanyahu is entitled to hearings in his defense ahead of the actual filing of an indictment, a process that could take up to a year, during which time he is not legally obliged to step down. Israeli law only requires that a prime minister step down if convicted. However, the pressure on him to resign will be tremendous, from the media, the opposition parties and even within his own party.

Mandelblit decided not to indict Prime Minister Netanyahu’s wife, Sara, and son, Yair, for their role in the Bezeq corruption probe.