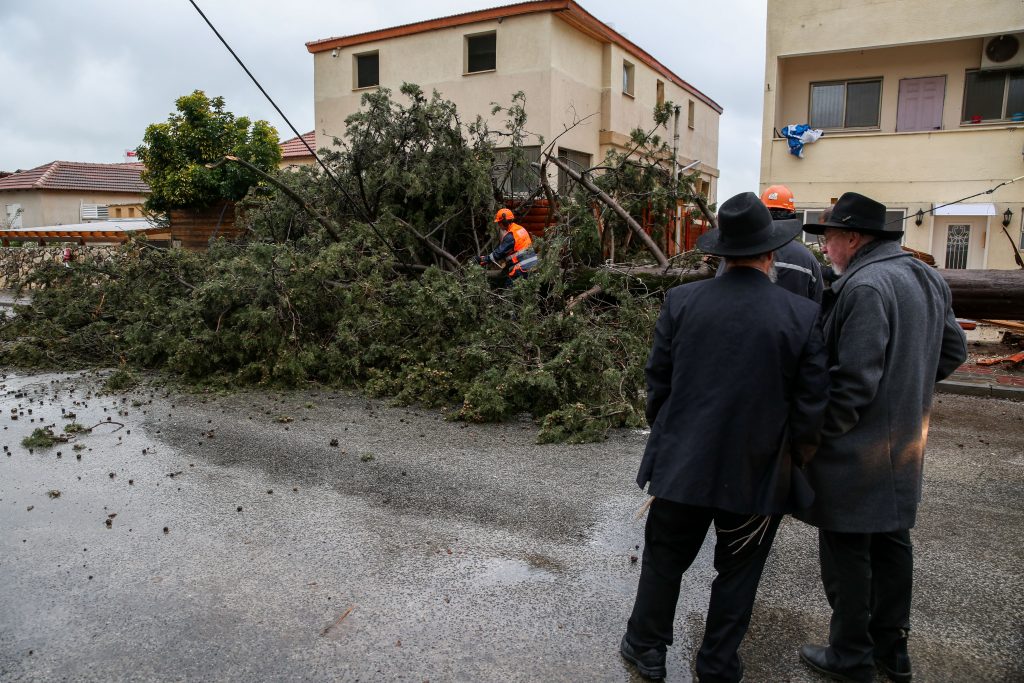 Approximately 1,200 children and teachers in a school in Yerushalayim were successfully rescued on Thursday night after being trapped by floodwaters for several hours, the Times of Israel reported.

The students and staff members were taken from the building using police, rescue and firefighter vehicles.

Floodwaters surrounding the Ein Kerem Agricultural School frustrated all attempts during the day by rescue units to reach the children and bring them to safety. Several vehicles trying to cross the waters were also trapped and had to be extricated.

Meanwhile, in the Arazim Valley north of Yerushalayim, a man was rescued when his car was caught up in flooding caused by heavy rains there on Thursday.

As the man clung to the roof of his car, a rescue team in a rubber raft arrived to pull him out using ropes. A helicopter was also present in the scene should an aerial evacuation was needed, The Jerusalem Post reported.

A second man in the same vehicle was saved after falling into the water. The man was transferred to the medical team for treatment.

The storm caused flooding in other parts of the country as well, and police closed a number of roads due to the hazardous conditions.

The storm also caused damage to vehicles as trees toppled onto them.