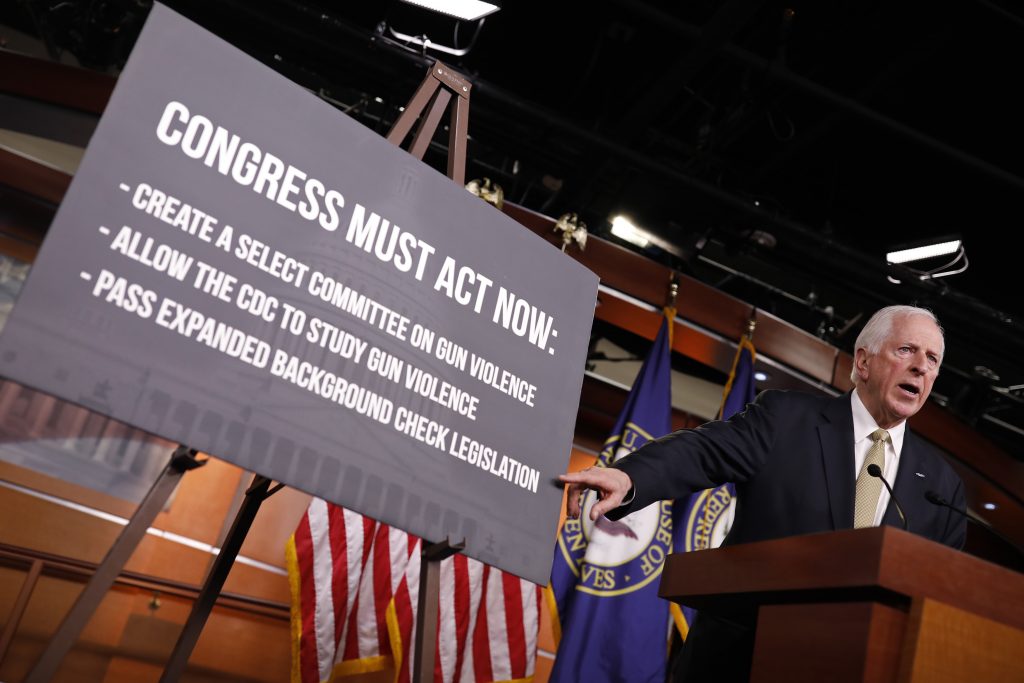 Capping two days of action on gun control, the House has passed legislation to allow a review period of up to 10 days for background checks on firearms purchases.

Democrats led approval Thursday, 228-198, with a handful of defections and scant Republican support. The bill stems from the 2015 shooting at Emanuel AME Church in South Carolina, where nine black worshippers died in 2015 at the hands of a white supremacist. A faulty background check allowed the gunman’s firearm purchase after the required three-day review period expired.

The bills are expected to languish in the Republican-controlled Senate. The White House has threatened a veto.