Israel Greenblatt to Erekat: ‘You Continue to Deceive Your People’
Israel 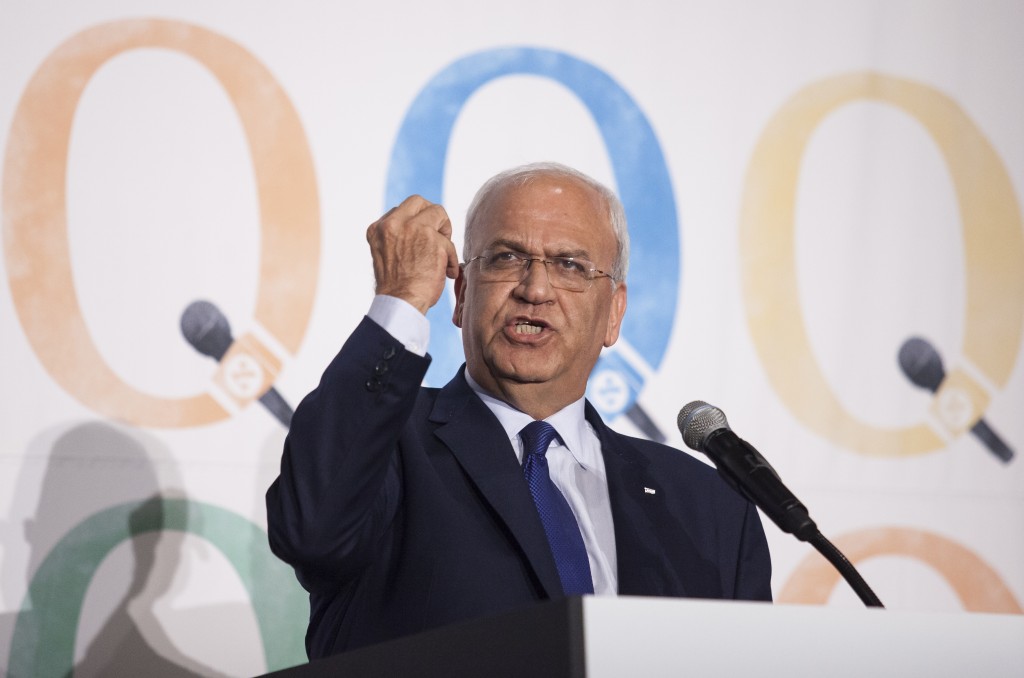 Erekat characterized the Trump Administration diplomatic effort as “an apartheid system with ghettos for Palestinians.”

Greenblatt responded to Erekat’s allegations on Thursday by tweeting that “regretfully you continue to deceive your people – you know nothing about the contents of our plan. Your speculation is not helpful and to the contrary, it harms the Palestinian people and the prospects for peace.”

“What exactly do you hope to achieve with this speculation?” Greenblatt asked.

Erekat further claimed that “Hamas and all those calling on President [Mahmoud] Abbas to resign and the PLO to dissolve itself are tools being used to implement the deal of the century.”

To this assertion, Greenblatt said that the US is not working with Hamas. “You know that. I know there’s a bitter rivalry between Fatah and Hamas. Don’t bring us into that fight.”

The U.S. plan “will benefit all Palestinians. You can criticize it (fairly I hope) when you see it. But don’t use it to further split the Palestinians.”

Greenblatt and Erekat have long sparred on Twitter and exchanged blows in the media, with Erekat charging the U.S. that it is hostile to the PA, and Greenblatt saying that the PA leadership has failed and should be replaced.

Trump is expected to publish his peace plan in the coming months, possibly immediately after the Israeli elections in April. Several reports have supposedly revealed some details of the plan, while various reports say that the deal could entail significant concessions on Israel’s part.

The PA leadership has already fully rejected the U.S. diplomatic plan and has essentially cut off all ties with Washington since Trump recognized Yerushalayim as Israel’s capital in December 2017.