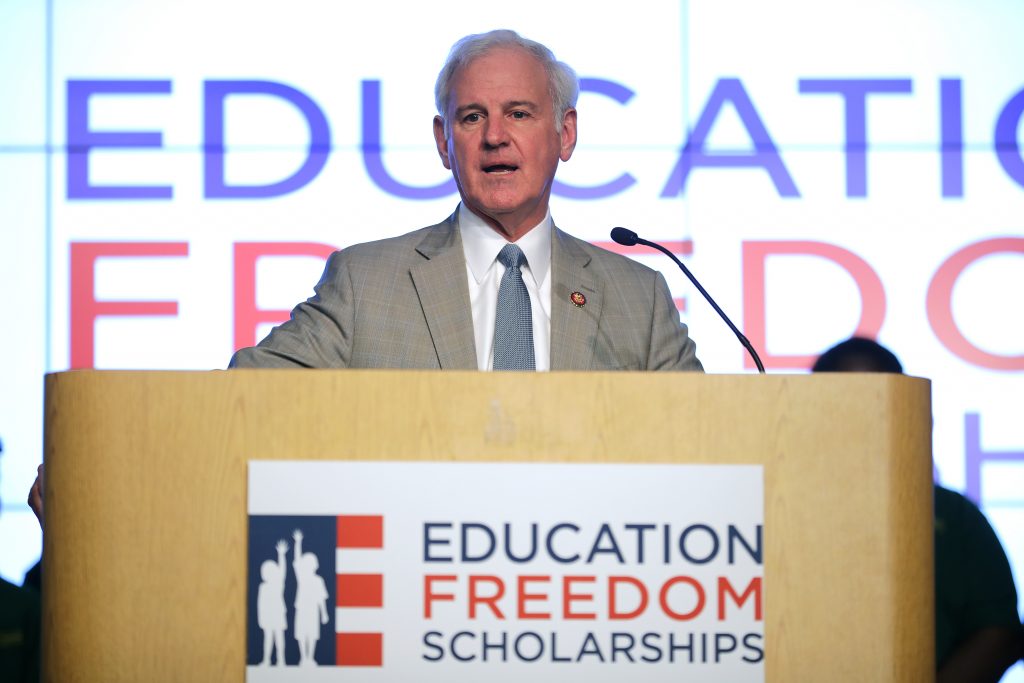 The Trump administration on Thursday proposed federal tax credits of up to $5 billion a year for donations to groups offering scholarships that would help students attend private schools, apprenticeships and other educational programs.

Education Secretary Betsy DeVos is pushing the plan in a renewed bid to expand school choice after earlier initiatives failed. Her support for tuition vouchers and charter schools has been central to her education policy but has yet to take hold in Congress.

In the tax credits, however, education officials see a more politically appealing path to school choice.

Anticipating the criticism, DeVos argued that the proposal isn’t an attack on public education. She said it wouldn’t steer “a single cent” away from local public schools. Instead, it would open new money for scholarships and let states decide many of the details.

“The key element of the proposal is freedom for all involved,” DeVos wrote in a Thursday opinion piece in USA Today. “Eligible students, families, teachers and schools, as determined by their states, all can participate at will and any can elect not to participate if that’s the better choice for them.”

Her plan, called the Education Freedom Scholarships and Opportunity Act, would allot each state a certain limit in federal tax credits for scholarships. States could decide which scholarship groups are covered, along with the size of scholarships and which students are eligible.

Eighteen states have already adopted similar programs on their own, often aimed at students from low-income families. A federal tax credit was discussed as part of last year’s tax overhaul but never made it into the bill.

The new plan is being proposed in Congress through bills introduced by Sen. Ted Cruz of Texas and Rep. Bradley Byrne of Alabama, both Republicans. It will face a difficult time in the House after Democrats gained a majority in the November mid-term elections.

DeVos’ plan would give individuals and businesses a dollar-for-dollar tax credit for donations to scholarship groups that receive a seal of approval from their states. For every dollar given, it would take a dollar off the donor’s tax bill.

Supporters of similar state programs have said it gives students better choices, especially those who would otherwise be funneled to low-performing local schools. But critics have called it a “backdoor voucher program” that still aims to privatize public education.

A statement by Agudath Israel of America applauded Secretary DeVos and congressional sponsors Senator Cruz and Representative Byrne for leading the effort to increase school choice for families nationwide. Rabbi Abba Cohen, Agudath Israel’s Vice President of Government Affairs, an invited guests at the Department of Education event, released a statement which said, “We encourage lawmakers, Republican and Democratic, to put a bipartisan stamp on the common-sense policy that is at the heart of this bill: assisting parents to provide the learning environment that is the best fit for their child.”

Rabbi A. D. Motzen, Agudath Israel’s National Director of State Relations, stated, “Offering a federal incentive and allowing scholarships to be used for a broad range of educational expenses is exactly what is needed to encourage all states to opt in to this major investment in education.”