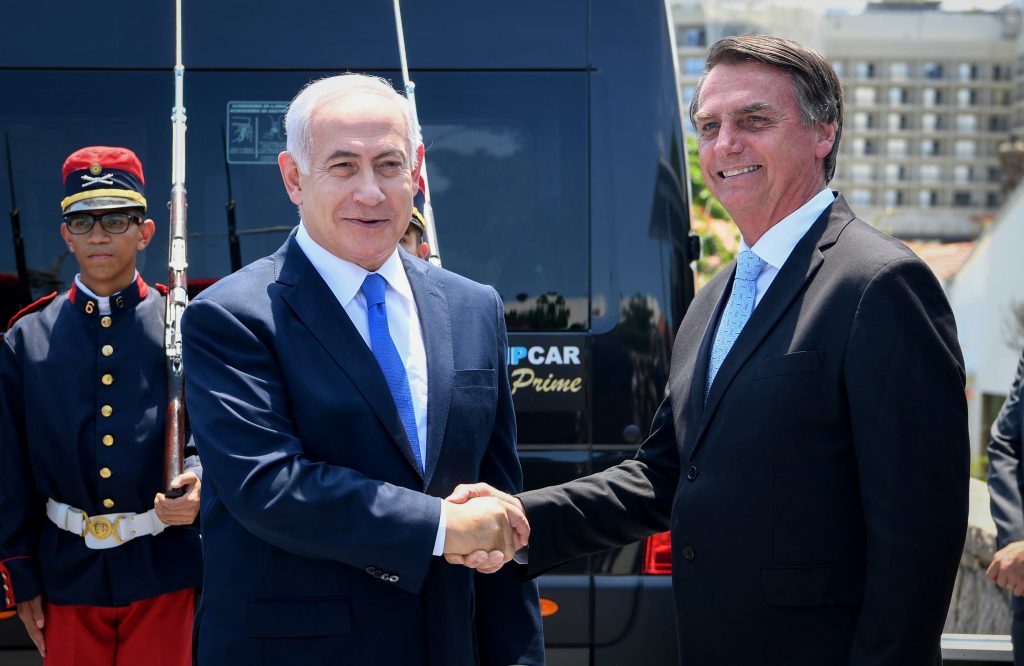 Bolsonaro personally hosted Netanyahu during his inauguration and promised to move Brazil’s embassy to Yerushalayim, though no date has been given.

The prospect of relocating the embassy – after President Donald Trump moved the U.S. mission – has worried Brazilian exporters who fear losing access to major Arab markets for halal meats, which comply with Muslim dietary rules.

The Israeli Foreign Ministry said Bolsonaro would visit Israel between March 31 and April 4. It gave no more details.