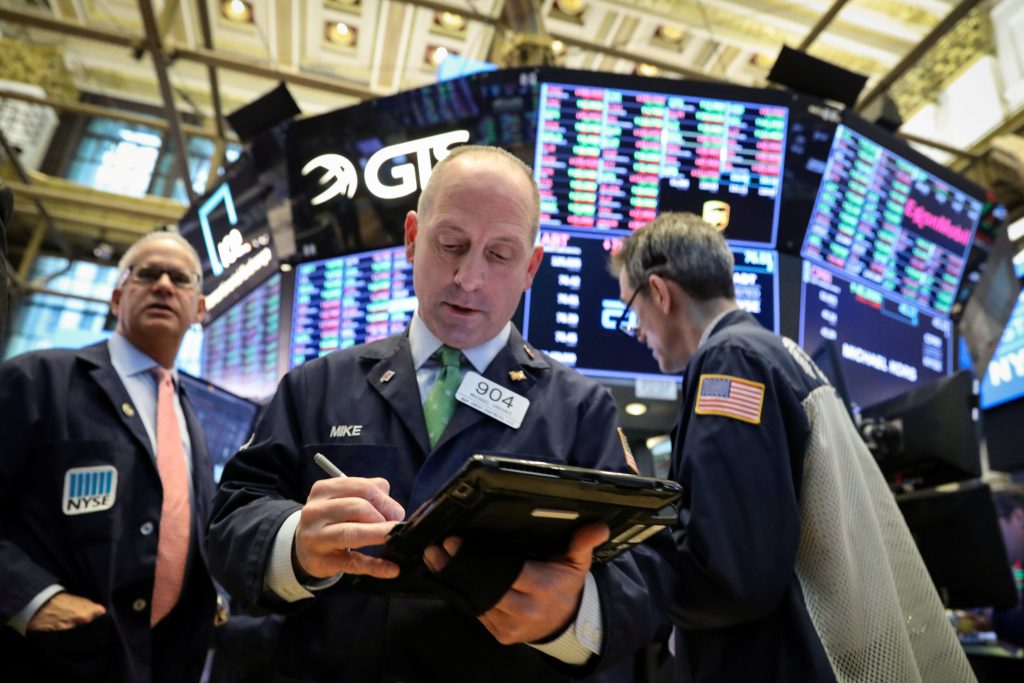 Stock indexes wavered in early afternoon trading Wednesday after comments from a key U.S. trade negotiator stoked doubt over how much progress was being made on resolving the trade war between the U.S. and China.

Trade Representative Robert Lighthizer told a panel of lawmakers that “much still needs to be done” before the U.S. and China can reach an agreement. China has offered to make major purchases of U.S. goods, such as soybeans and natural gas, in a bid to resolve the conflict, but Lighthizer said such steps wouldn’t be enough.

“The issues on the table are too serious to be resolved with promises of additional purchases,” he said. “We need new rules.”

Investors were also keeping an eye on escalating international tensions. Pakistan said it shot down two Indian warplanes in the disputed region of Kashmir and captured a pilot. The incident worsened relations between the nuclear-armed rivals to a point not seen in the last 20 years.

TRADE DISPUTE: Negotiations between Washington and Beijing continue under the threat of additional tariffs on Chinese goods that could escalate the conflict and make products even more costly for consumers and companies.

President Donald Trump has postponed increasing tariffs on $200 billion in Chinese goods that would have been effective March 2. He has not given a new date for the higher tariffs if negotiations falter.

The main sticking point for the U.S. centers on ending cyber theft of commercial secrets, limits on state support for Chinese companies, and an end to the forced transfer of technology.

“He’s certainly reminding the market about the very significant about-face the Fed has made and that continues to raise questions about what the Fed has been seeing and what it is worried about,” she said.

SLIMMING DOWN: Weight Watchers shed 34 percent after the weight-loss program operator gave investors a surprisingly weak forecast. The company did not sign up as many subscribers as it hoped this winter and expects its profits to suffer.

Weight Watchers says it now expects to earn between $1.25 and $1.50 a share this year. Analysts polled by FactSet had been expecting $3.38 a share.

NOT SO HUNGRY: Dean Foods slid 6.9 percent after the food and beverage company reported a wider-than-expected loss in the fourth-quarter and suspended its dividend.

The electronics retailer’s profit beat forecasts, but more importantly a key retail sales measure continued growing during a tough quarter for the industry. The company also raised its quarterly dividend by 11 percent, and its board of directors approved a $3 billion stock buyback program.