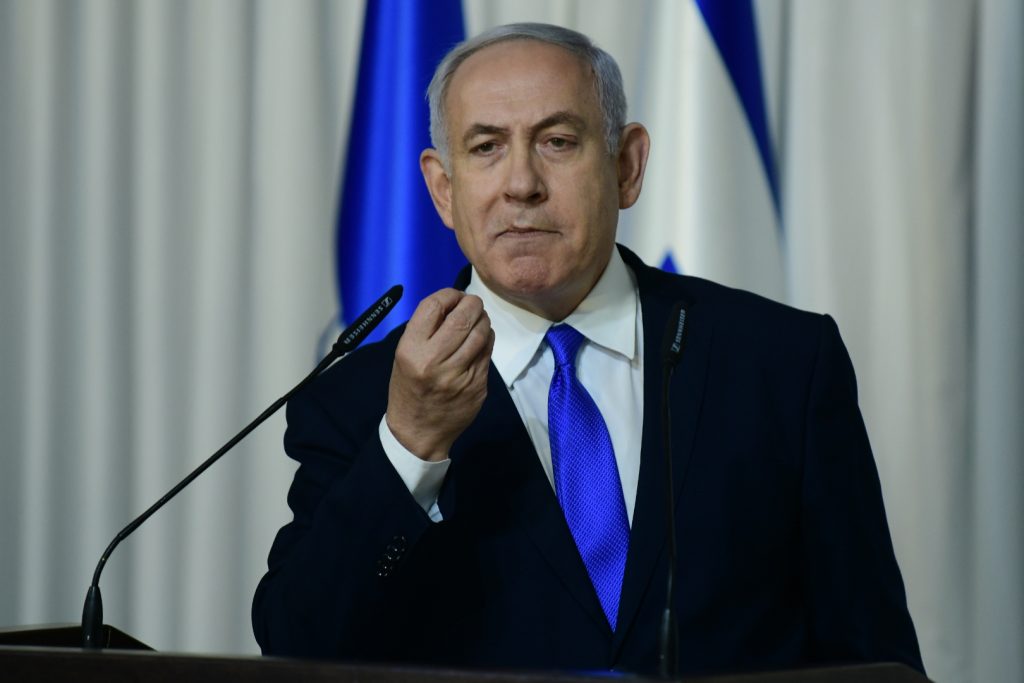 On Thursday, the suspense surrounding the legal — and political — fate of Israeli Prime Minister Binyamin Netanyahu will finally be lifted.

According to Army Radio, Attorney General Avichai Mandelblit will recommend that Netanyahu be indicted in two of the cases against him.

Netanyahu responded on Thursday night, as he has done throughout the investigations, with a vehement declaration of his innocence of any wrongdoing:

“The accusations of bribery are ridiculous, and Prime Minister Netanyahu did not receive anything from Elovitch and gave him nothing, and Walla’s coverage was negative and intensified before the elections.

“All decisions regarding Bezeq were approved by all responsible regulators and the prime minister acted flawlessly, as the Ministry of Justice stated in an official document. Calling two and a half articles on the Internet a bribe is an absurd step that has no precedent in the history of law. This house of cards will soon collapse,” the statement said.

In Case 1000, the attorney general is said to be about to recommend Netanyahu be charged with breach of trust, for allegedly receiving benefits worth about 1 million shekels ($282,000) from billionaire benefactors in exchange for favors.

A third case, known as Case 2000, remains uncertain. That’s the one in which Netanyahu is suspected of conniving with Yedioth Ahronoth owner Arnon “Noni” Mozes in an illicit agreement that would have seen the premier economically hobble rival daily Yisrael Hayom, a pro-Netanyahu paper, in return for more favorable coverage from Yedioth.

However, Mandelblit will probably not release investigative materials supporting the decision until after elections on April 9, following a petition from Netanyahu’s defense team, Ynet reported.

The prime minister’s attorneys have pushed for Mandelblit to keep the details sealed, arguing that they could be used for political purposes and campaign propaganda.

The report did not cite a source.

As the news broke, Netanyahu announced that he has cut his trip to Russia short to deal with it, and is scheduled to arrive back in Israel Wednesday night.