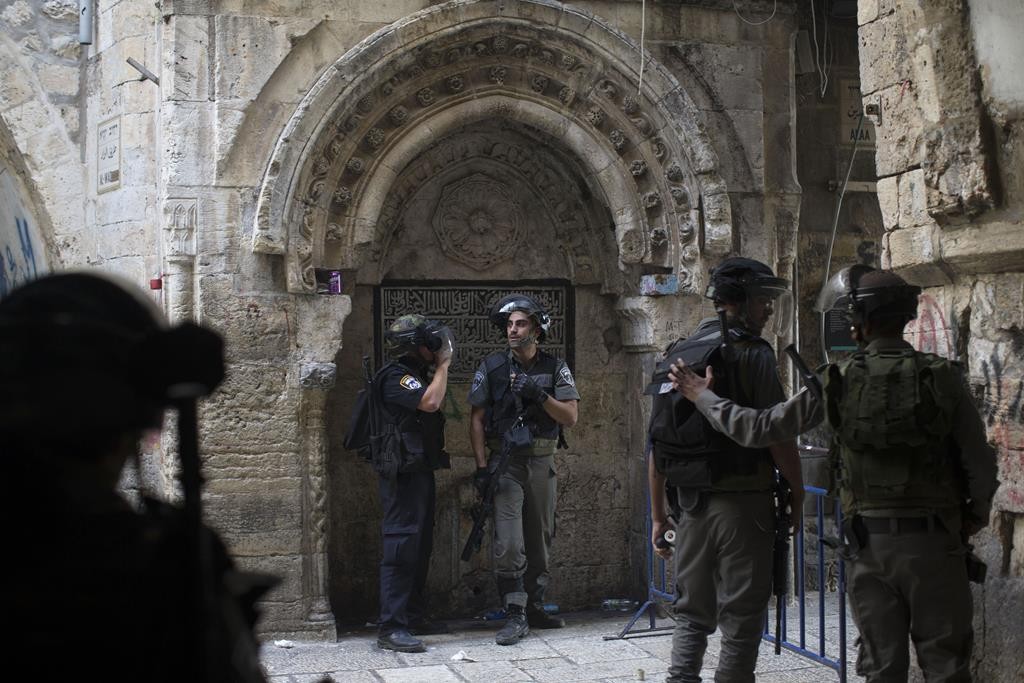 Police on Tuesday night arrested a senior Palestinian Authority official and another suspect on suspicions of “violating the law, fraud and forgery.”

The suspects are being questioned, the police stated Wednesday morning.

The police did not provide details on the suspects’ identity, but journalist Khaled Abu Toameh identified the senior official as the PA’s Governor of Jerusalem Adnan Geith, and said that the arrest is linked to tensions on Har HaBayis over the Waqf’s recent takeover of the Sha’ar HaRachamim (Golden Gate) area.

The site has been shut down by a court order since 2003 because it was used for terrorism. Over the weekend, the Waqf broke into the site and essentially established another mosque, the fifth on Har HaBayis.

The PA’s official WAFA news agency reported that Israeli forces on Tuesday detained the director of preaching and guidance in the al-Aqsa Mosque, Sheikh Ra’ed Dana, two days after Israeli authorities handed him a notice banning him from entering Yerushalayim for six months.

The Golden Gate area, known by the Muslims as the Bab al-Rahma, remains open despite Israeli attempts to close it and in violation of a court order.

The Muslims view the reopening of the area as a show of defiance against Israel, and with no Israeli response to this change of the status quo on Har HaBayis it is a victory over Israel’s presence in Yerushalayim.

The Muslim leadership alleges that Israel wants to keep the Golden Gate sealed off for Muslims “in order to give Jewish fanatics, who call for rebuilding their temple inside the Al-Aqsa compound, free access and presence in the area.”

The Muslims, as well as the Hamas terror organization, have threatened an outbreak of violence if Israel attempts to re-shut the area.