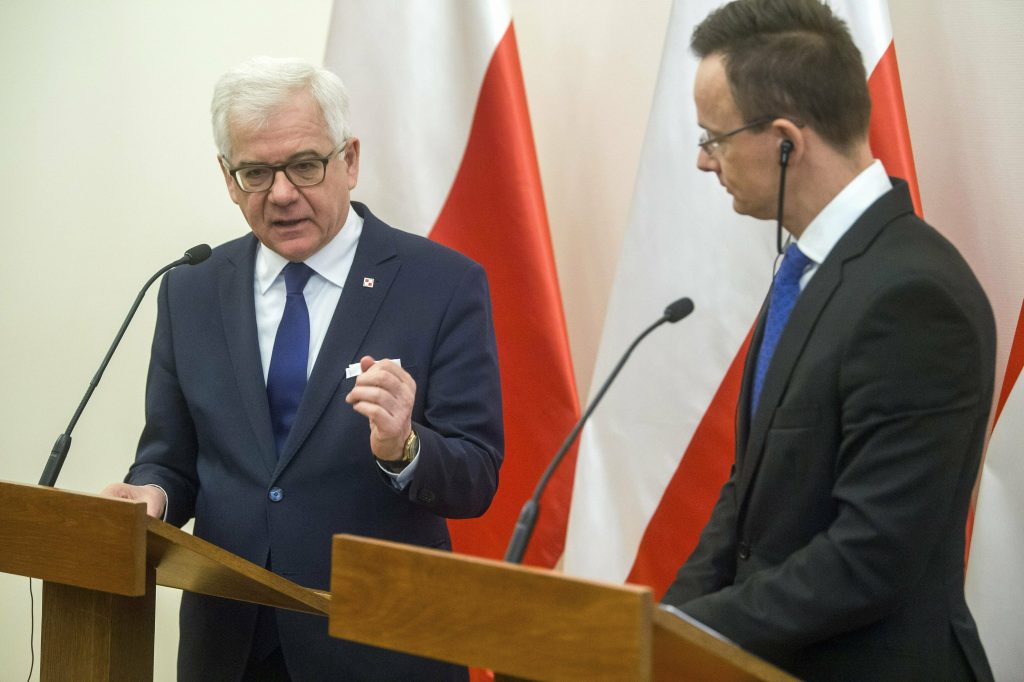 Poland is open to a meeting with Israel also involving other countries from central Europe, after it pulled out of a similar meeting last week, Poland’s foreign minister said Wednesday.

Jacek Czaputowicz said after talks with his Hungarian counterpart in Budapest that there are “no obstacles” to the meeting, although “some things still have to be cleared up with the Israeli side.”

Poland pulled out of the Feb. 19 meeting after Prime Minister Binyamin Netanyahu said Poles had cooperated with the Nazis during the Holocaust and acting Foreign Minister Yisrael Katz referenced a quote from former Prime Minister Yitzchak Shamir, who said that Poles “suckled anti-Semitism with their mothers’ milk.”

Regarding Brexit, Czaputowicz said Poland would support delaying the European Union-Britain breakup “if it helps work out a better position.”

“What is very important for us is that there should not be a no-deal Brexit,” Czaputowicz said. “This would not be advantageous for the European Union, for Great Britain or for Poland.”

Hungarian Foreign Minister Peter Szijjarto said that the two countries “were proud” that they were the first in Europe to oppose the United Nations’ compact on migration and were still opposed to any even partial implementation of the deal endorsed in December by the U.N. General Assembly seeking to ensure safe and orderly migration. The U.S., Israel and the Czech Republic also voted against the deal.

“We won’t allow the stealthy advance of the migration package,” Szijjarto said. “We were the first to block the U.N. from presenting this as the greatest decision in the history of humanity.”

At the same time, Szijjarto said the two countries would split the costs of rebuilding an orphanage in the Syrian city of Homs which houses 130 children and provides day care services for 250.

Szijjarto was also defiant on the procedures launched by the EU against Poland over the alleged erosion of judicial independence and against Hungary over concerns about the rule of law and a perceived threat to European values.

Poland and Hungary “are two countries against which the Brussels bureaucracy is carrying out a revenge campaign … but we will never give in,” Szijjarto said. “Hungary will always veto any sanctions against Poland that the EU would want to introduce.”