Politics Pelosi on Green New Deal: ‘I Can’t Say We’re Going to Take That and Pass It’
Politics 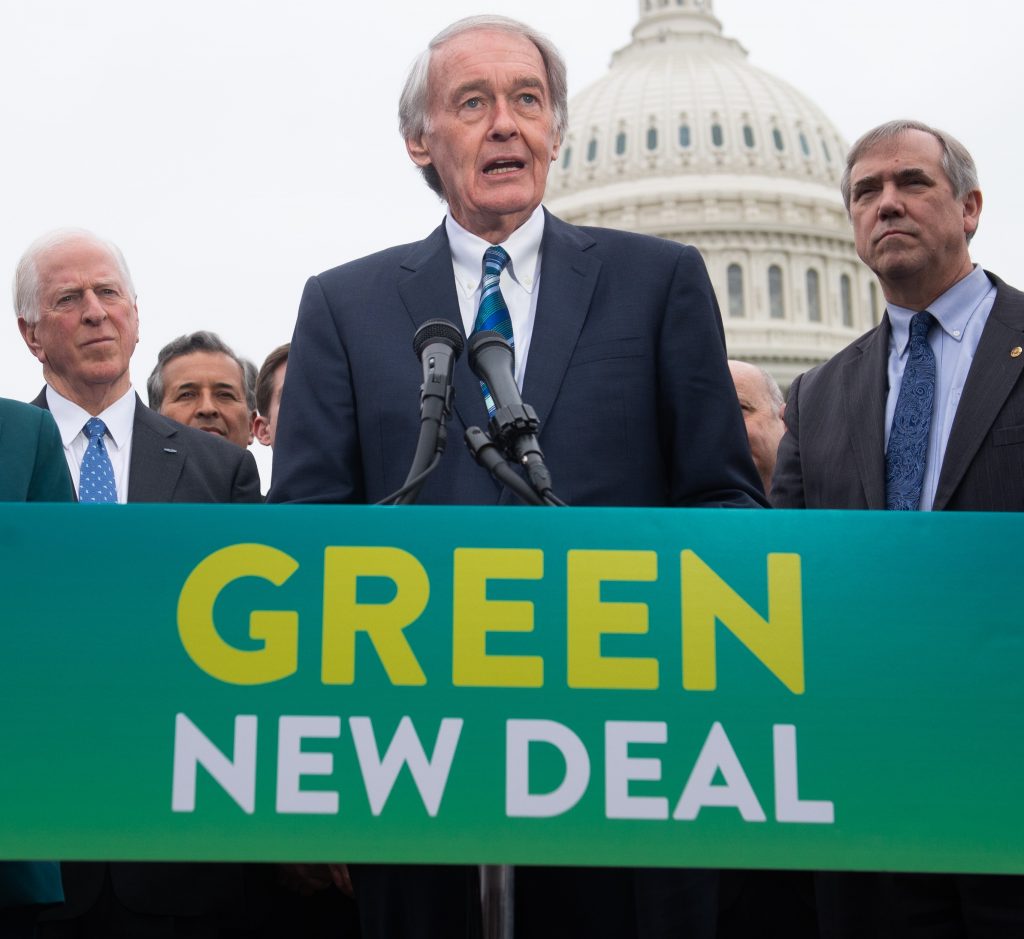 The ambitious Green New Deal proposal for combating climate change was dealt another blow Wednesday as Speaker Nancy Pelosi refused to commit to holding a vote on the nonbinding resolution.

“I can’t say we’re going to take that and pass it, because we have to go through our checks and balances of it with our committee chairs and the rest,” the California Democrat said when asked about the Green New Deal during a Howard University lecture series.

“We welcome all the enthusiasm that people want to put on the table, and the Green New Deal is one of them, but we have to operate in a way that’s evidence-based, current in its data,” Pelosi said.

Pelosi suggested that House Democratic and committee leaders will be more focused on developing actual legislation to address the climate crisis rather than passing the nonbinding resolution. The question is about how to translate the enthusiasm for addressing climate change “into legislation, the law of the land,” she said.

The speaker’s comments come after mounting criticism over the feasibility of implementing the Green New Deal. According to estimates from the American Action Forum, the proposal could cost between $53 trillion and $94 trillion.

Like under her previous tenure as speaker, Pelosi has formed a select committee to study climate change solutions. But this time she said the effort will extend beyond the select panel to all committees with jurisdiction over the matter, which she noted is a public health, environmental justice and defense issue.

“I’ve made it a Congress-wide initiative,” the speaker said.

During the Howard lecture series, Pelosi did promise that House Democrats will pass more criminal justice overhaul measures this Congress. She said they want to build on the First Step Act that the Republican-led Congress passed last year with broad bipartisan support.

“From our members, we wanted to do much more and we will,” Pelosi said.

The next steps on overhauling the criminal justice system will be decided by the committees with jurisdiction, Pelosi said.

Expressing her personal view, the speaker noted that the 1994 crime bill and the 1996 welfare overhaul bill resulted in unintended consequences and “a formula that was not healthy especially for young black men.”

“We have to reverse a great deal of that,” she said.

Pelosi was also asked about U.S. intervention in Venezuela. She called Venezuelan leader Nicolas Maduro — whom the U.S. no longer recognizes as the country’s president — “a thug” but noted, “that doesn’t justify our going in.”

“I agree with you in terms of we shouldn’t intervene,” Pelosi said to the student asking the question.