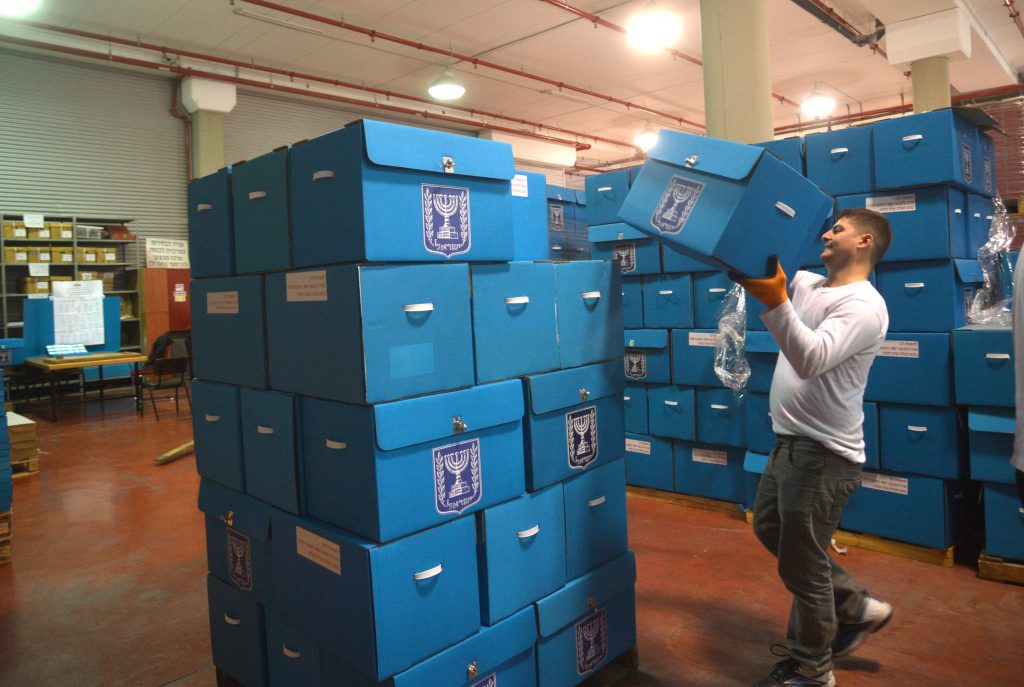 The current election campaign has been characterized by unions of smaller parties coming together into bigger blocs, in the hopes of garnering more votes and giving list members a greater chance of getting into the Knesset. On Wednesday, the agreements that led to those unions were unveiled, by order of the Central Election Committee. There are seven such parties in the current election, involving the Likud, the United Right List (including Jewish Home, National Union and Otzma Yehudit), Blue and White (Israel Resilience Party and Yesh Atid), United Torah Judaism (Agudas Yisrael and Degel HaTorah), the Zehut party, Hadash-Ta’al and Ra’am-Balad.

Garnering the most interest was the agreement to form the United Right List, which states that “out of our responsibility to the Jewish people, the Land of Israel and the Torah of Israel, and in order to ensure that no votes are lost, the Jewish Home and National Union Parties will run together with Otzma Yehudit.” The agreement says that immediately after the election, the united party will disband, with Otzma Yehudit going its own way.

If the party is included in a government coalition, the agreement says, National Union, headed by MK Bezalel Smotrich, will be first in line for a government position, and Jewish Home, headed by Rafi Peretz, will get the second position, if offered. If only one ministry is offered, the two parties will take turns running it. If Otzma Yehudit decides not to join the coalition, its two partners will ensure that one of the two Otzma MKs are seated on the Knesset Judicial Committee – which discusses judges for the court system – as committee opposition members. Otzma will also run its own campaign, distinct from the campaign run by the other two parties.

The Likud signed a union agreement with the Achi Party, for the single purpose of inserting Jewish Home MK Eli Ben-Dahan into its list. Ben-Dahan resigned from Jewish Home, where he had been an MK, and switched to Achi, and now he is 28th on the Likud list. Achi, with Ben-Dahan the sole representative, will “divorce” from the Likud after the election.

The deal to create Blue and White will see Gantz’s Resilience Party picking up 45 percent of all campaign and electoral costs. Yesh Atid will fund 43 percent of the costs, and the remainder will be picked up Moshe Ya’alon’s Telem Party, which had previously joined with Gantz. The UTJ agreement will have Agudas Yisrael representatives in the odd-numbered slots on the list, while the Degel HaTorah candidates are on the even numbers. Each party will run its own campaign, equally dividing campaign costs of not less than NIS 5.2 million each. Similar financial agreements are in place for Arab parties, according to their agreements. Moshe Feiglin’s Zehut party has signed a deal with Chaim Amsalem’s Achiezer Party, making the former Shas MK number two on Feiglin’s list, according to their agreement.