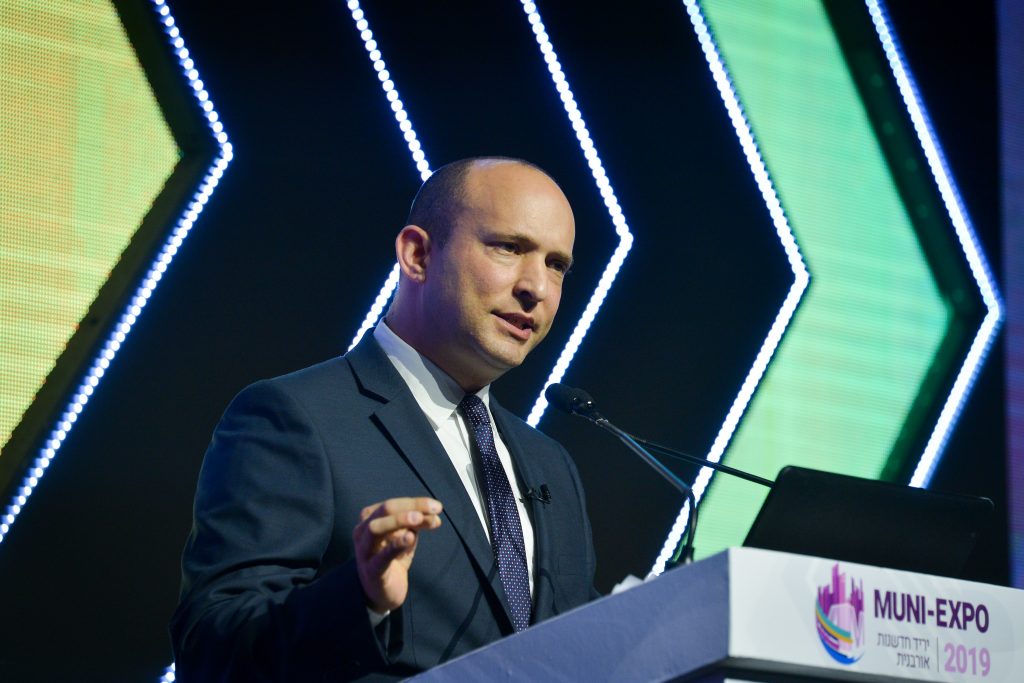 There is little that Naftali Bennett’s New Right and Tamar Zandberg’s Meretz agree on – but one of the few issues both are in agreement on is a demand that U.S. President Donald Trump reveal his peace plan before the Israeli elections. On Wednesday afternoon, Zandberg said that it was important for Israelis to know what was in the plan – repeating what Bennett had said Wednesday morning.

Of course, both had different motivations for their call. “The most important thing to remember is that the next government must make advances in bringing peace. Israelis deserve to know what peace proposals are to be placed on the table before them and what the position of parties is in regard to it. Israelis who want peace and a solution to the dispute will realize that it is only a center-left government that will bring it about,” Zandberg said in a statement Wednesday afternoon.

Earlier Wednesday, Bennett also called for Trump to reveal details of the plan – so that Israelis would know what he had “cooked up” with Prime Minister Binyamin Netanyahu, whom Bennett has accused of preparing to make significant concessions in line with the plan. “Israel has no greater friend than the United States, and you, President Trump, are a true friend of Israel,” Bennett said. “With that, friends don’t keep secrets from friends. We all know that your ‘deal of the century’ peace plan will be presented after the elections in Israel, but we Israelis are in the dark regarding its details.

“It appears that everyone is operating over our heads and planning a Palestinian state – the Americans, the Saudi prince, the Palestinians, the King of Jordan, and even confirmed anti-Semite Turkish President Erdogan,” all individuals and entities American diplomat Jared Kushner has met with in recent days. “Everyone is in the picture, except us, the Israelis.” Considering that Israel was a principal of the plan, that was unfair. “President Trump – let our people know, put the Palestinian plan on the table. Do it now, before our elections,” Bennett added.

On Tuesday, Bennett said that Netanyahu could not be trusted to resist the pressure Trump would put on him to agree to the establishment of a Palestinian state. “He will be under unprecedented pressure, and he has already hinted that he would agree to the establishment of a Palestinian state. Without a strong right flank we will see this happen, along with the division of Yerushalayim. A government including Netanyahu, Yair Lapid and Benny Gantz, together with the pressure from the Americans and the media, will bring tragedy to Israel. We will all pay a heavy price for this,” Bennett said.

A recent report on Channel 13 by journalist Barak Ravid said that the plan includes the establishment of a Palestinian state “more than double the size of area A and area B,” with the entity taking up some 90 percent of Yehuda and Shomron. Israel would keep the large settlement blocs, with land swaps in Israel proper. “The U.S. peace plan divides settlements to 3 groups – settlement blocks, where most settlers live and will become part of Israel; isolated settlements will not be evacuated but will not be allowed to be expanded; outposts that are illegal according to Israeli law will be removed,” Ravid wrote. Israel would control the Old City, with religious status quo as is currently the situation. Commenting on the report, Greenblatt said that it was “not accurate.”