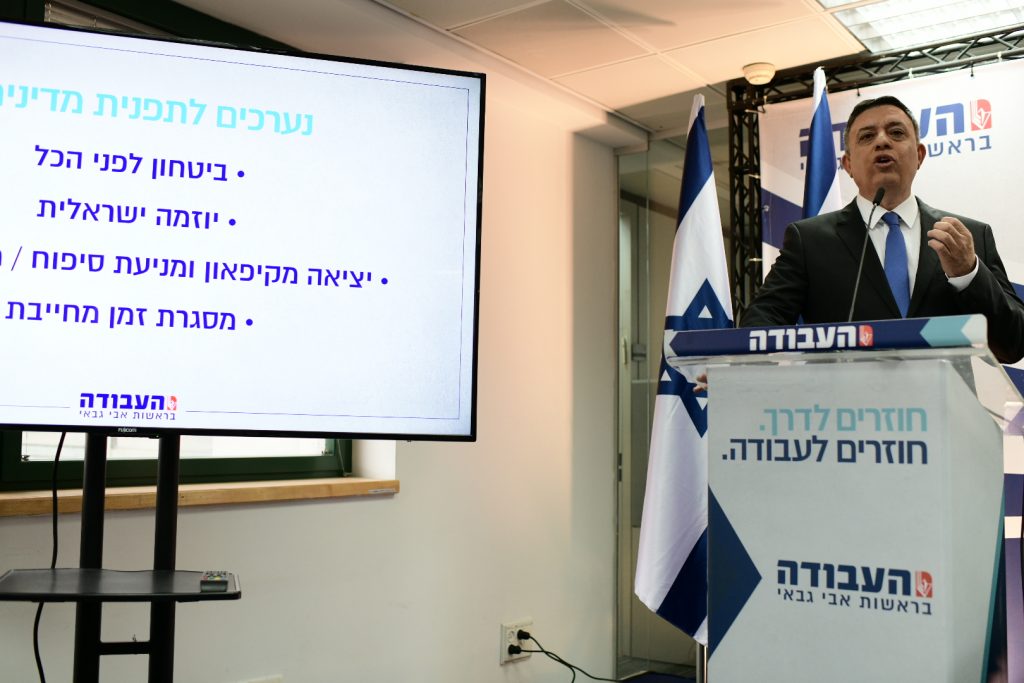 In a Mideast peace plan that envisions a Palestinian state and possible unilateral withdrawals from parts of Yehudah and Shomron, Labor party chairman Avi Gabbay outlined what he called “paths to separation.”

Gabbay said that the timing of the release of the plan was intended to showcase his party’s readiness to work with the forthcoming American initiative.

“The Trump plan will be the central diplomatic challenge before the new government that will be formed after the election,” Gabbay said. “This timing is an opportunity to talk about our views and our plan for the most important issues for the future and security of the State of Israel.”

The plan entails “a regional arrangement with the Palestinians and the moderate Arab states, in which a demilitarized Palestinian state will be established by our side.”

However, acknowledging the realities of the Mideast impasse, Gabbay stipulated that “this future vision is not attainable” in the near future.

Nevertheless, he declared that his goal is to reverse the direction Israel has been heading in under right-wing governments.

“As long as we continue implementing the vision of [New Right leader Naftali] Bennett and building outside the settlement blocs, we are making the problem worse and unilaterally undermining and preventing separation. To stop this dangerous pattern, we promise to have the government define its settlement blocs and stop building outside of them immediately after the next government is formed.”

Setting a timetable for action, the plan says that within six months after its formation, the government would begin implementing a defined evacuation-compensation scheme for residents of Yehudah and Shomron who are located outside the main Jewish blocs.

“Israel will announce that it would prefer to coordinate its steps with its neighbors and the international community, but say that even without such coordination, it would move forward independently to design its future,“ the plan says.