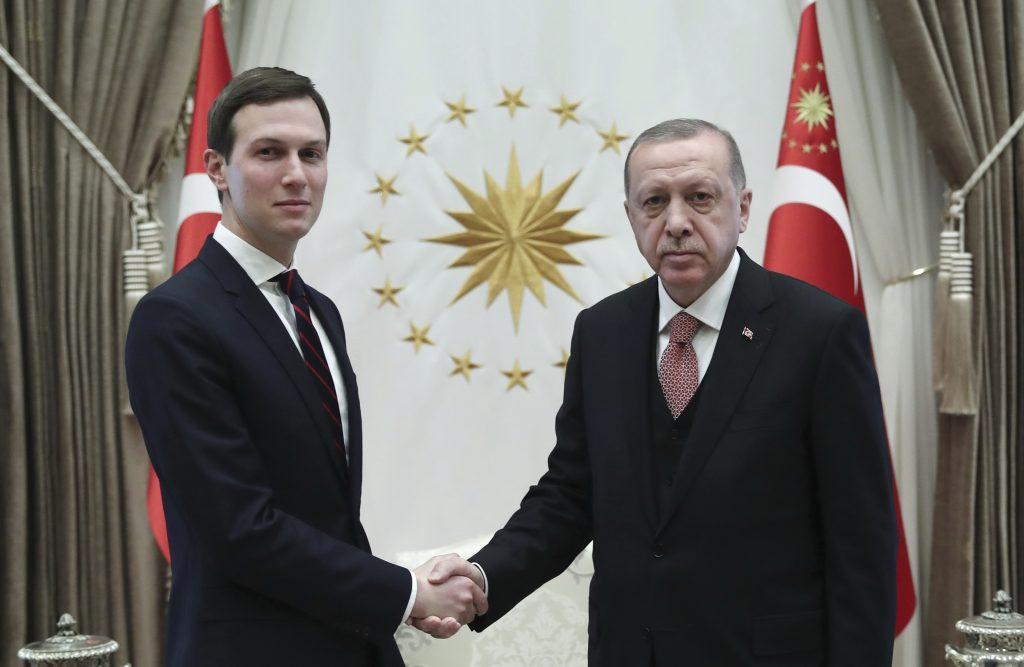 White House adviser Jared Kushner made a whirlwind visit this week to rally U.S.-allied Gulf Arab allies to support his still-unannounced Middle East peace plan, the leaked contours of which suggest little has been done to address Arab demands.

Kushner’s approach to ending the Israeli–Palestinian conflict does not appear to have progressed since his last regional tour in June, focusing largely on economic initiatives at the expense of a land-for-peace deal long central to the official Arab position, two sources in the Gulf told Reuters on Wednesday.

Palestinians have refused to discuss any peace blueprint with the United States in the wake of President Donald Trump’s recognition of Yerushalayim as Israel’s capital in 2017, while some Arab leaders have publicly rejected any deal that fails to address Yerushalayim’s status or refugees’ right of return.

Kushner, who is President Donald Trump’s son-in-law, met with leaders in the United Arab Emirates, Bahrain and Oman this week. He arrived in Turkey on Wednesday.

Three sources said Kushner had gone to Saudi Arabia on Tuesday, although there was no official statement on the visit or his meetings with King Salman and Crown Prince Mohammed bin Salman. The Saudi media office did not respond to a request for comment.

One of the sources, who spoke on condition of anonymity, said the plan presented this week did not appear to take into consideration previously stated Arab demands on the status of Yerushalayim, the right of Palestinian refugees to return and Israeli communities in Yehudah and Shomron.

Under the Arab Peace Initiative drawn up by Saudi Arabia in 2002, Arab nations offered Israel normal ties in return for a statehood deal with the Palestinians and full Israeli withdrawal from territory captured in 1967.

The source said Kushner, a real estate developer with little experience of international diplomacy or political negotiation, wanted to make a deal first and then agree on details.

The source added that the plan envisages a “substantial” financial contribution from Gulf states, but did not provide details.

King Salman has dismissed Arab concerns that Saudi Arabia might back a U.S. deal that aligns with Israel on key issues, after the crown prince, who is close to Kushner, reportedly pressed Palestinian President Mahmoud Abbas to support the administration’s efforts.

Kushner’s meeting with Prince Mohammed on Tuesday was the first since the murder of prominent journalist Jamal Khashoggi by Saudi agents in the Saudi consulate in Istanbul last October sparked an outcry and tarnished the prince’s image.

“The Americans are still in the process of presenting various ideas and scenarios but don’t appear to have arrived at final parameters of a plan,” said a second source in the Gulf region.

“They know that there are final-status issues that are non-starters for regional allies and the Palestinians alike,” the source added, referring to Saudi Arabia, Egypt and Jordan.