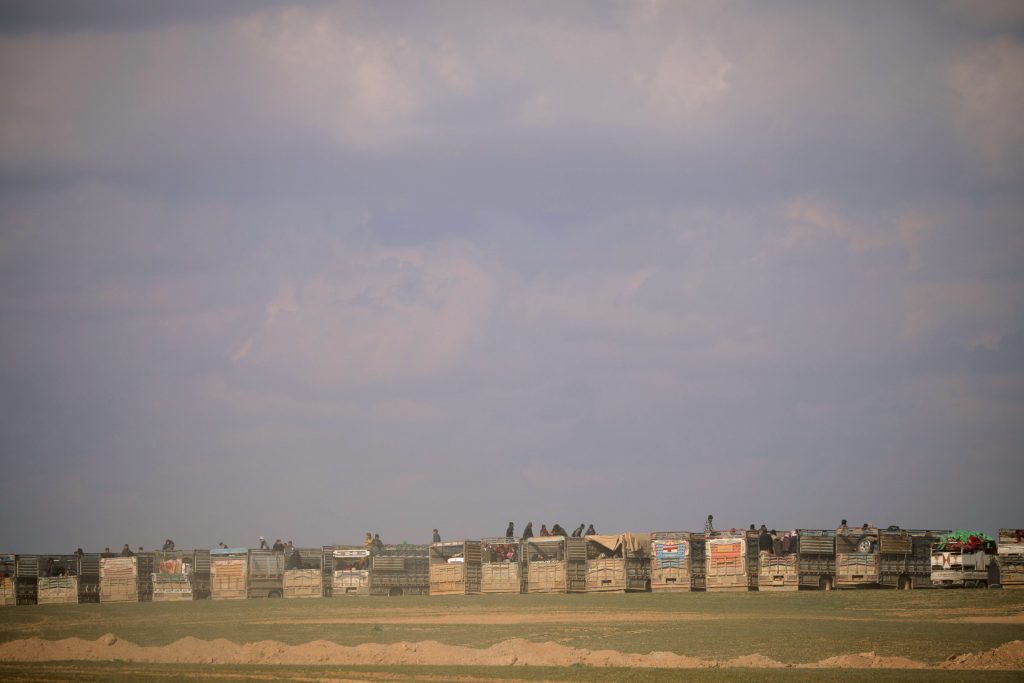 Russia and Syria issued a joint statement on Wednesday calling on U.S. forces to leave Syria and to allow people inside a refugee camp in the southeast of the country to be evacuated by Russian and Syrian forces.

The statement, released by Russia’s Ministry of Defense, said Russian and Syrian forces had prepared buses to relocate refugees at the camp in the Rubkan area and would guarantee them safe passage so they could start new lives.

“We also call on the United States, whose military units are on Syrian territory illegally, to leave the country,” the joint statement read.

The United States said earlier this month it would leave about 400 U.S. troops split between two different regions of Syria, a reversal by President Donald Trump that could pave the way for U.S. allies to keep troops in Syria.