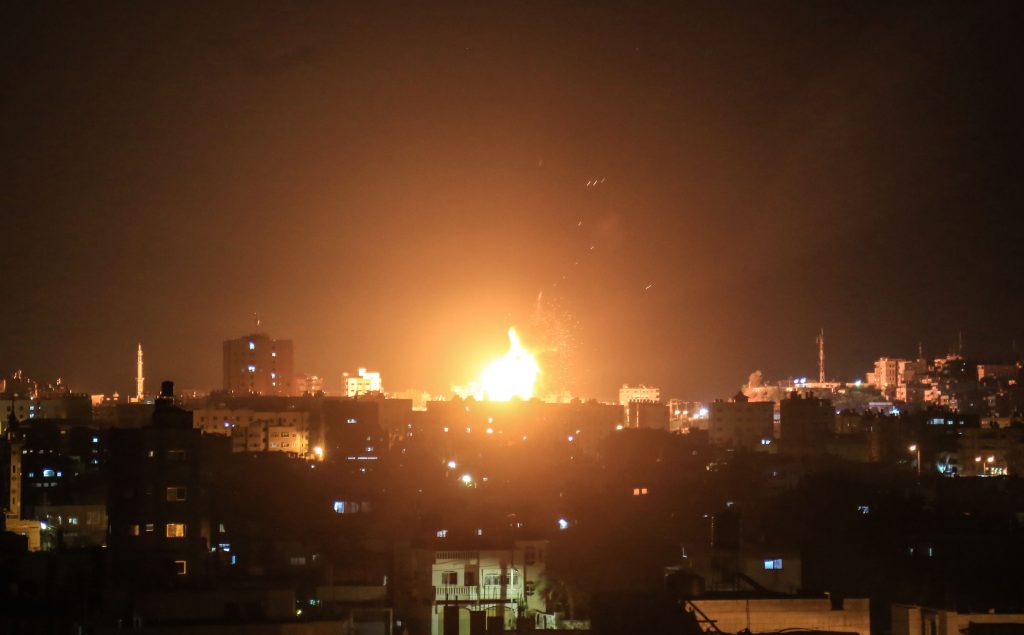 The IDF was investigating a report of an explosive device launched from Gaza that landed in southern Israel on Wednesday night.

The device, apparently carried over the border by a balloon, caused damage to a home but, b’chasdei shamayim, no injuries, according to the Eshkol Regional Council.

The military was reportedly dispatched to the scene.

The exact location of the home was not being released as it could assist terrorist groups in the Gaza Strip to better direct their airborne attacks.

Later in the day, an IDF spokesman reported that in response to the incident, IDF planes and helicopters attacked terror targets in a military compound of the Hamas terror organization in the center of the Gaza Strip.

“The IDF views any attempt to assault Israeli citizens very severely and will continue to act firmly against any such incidents,” said the spokesman. “The Hamas terror network is responsible for everything that happens or emanates from the Gaza Strip, and for all the consequences of terror acts which originate in Gaza.