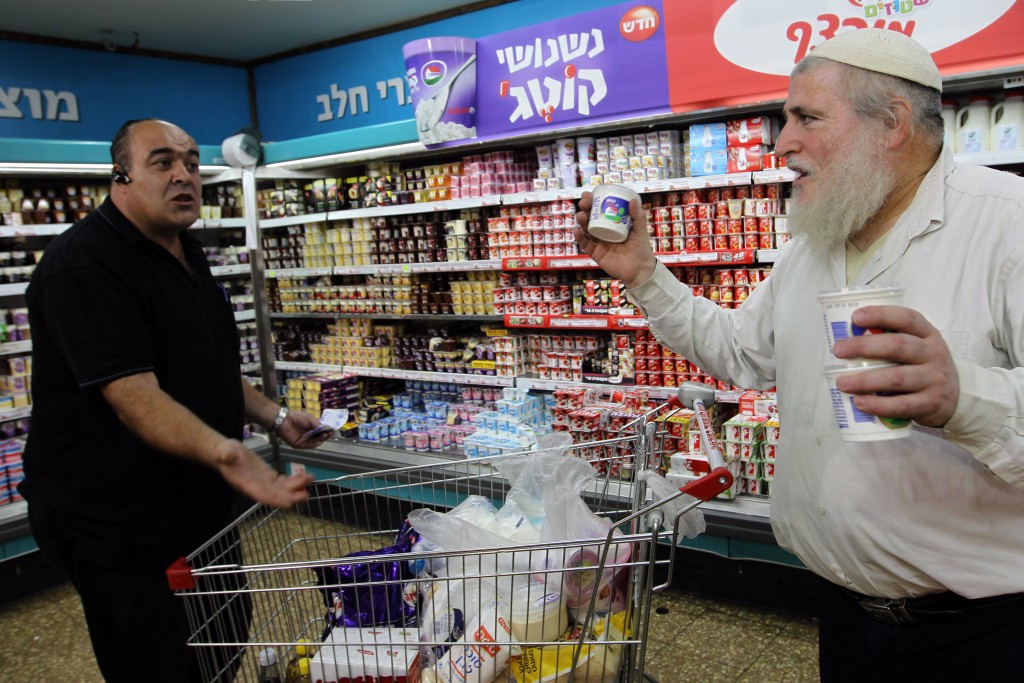 Dairy prices in Israel are going up – but those increases won’t take place until after Pesach, Yediot Acharonot reported Wednesday, as Finance Minister Moshe Kahlon has reportedly convinced Tnuva, Israel’s largest dairy concern, to hold off on the price increases until after the holiday. The agreement is part of a deal to stave off a court order liable to be handed down Wednesday that would allow the dairy concerns to raise the price of products under government price supervision by 6.6 percent, instead of the 1.5 percent that Kahlon has been promoting.

Kahlon has been trying to stave off the price increase, which was authorized last year by the Finance Ministry’s Agriculture Committee, which is in charge of setting government-controlled prices on basic dairy products, like milk, cottage cheese, white cheese for spreading (5 and 9 percent), and other products. The committee, taking into account the cost of raw materials, gave permission to the dairies to raise prices by 5.8 percent. Further increasing costs has boosted that increase to 6.6 percent. Kahlon has been negotiating with the dairies to prevent such a drastic increase, especially on the eve of an election in which his Kulanu party is already struggling.

Tnuva claims that it has lost NIS 200 million over the past two years due to the increased costs of raw materials. In the deal Kahlon has been promoting, the government will give up certain payments that the dairies would owe the government in 2019 and 2020, in lieu of the full price increase. Tnuva has reportedly accepted the deal. However, in response to a petition by Tnuva last year seeking to prevent government efforts to stop the price increases, the government argued that, given the breakup of the Knesset, legislation on dairy prices that had been pending is now dead, and the government could not oppose the price increases. With the agreement in hand, Kahlon hopes to stave off a court decision on the Tnuva petition.

In a social media post Wednesday, Kahlon said that “consumers are in danger of a 6.6 percent rise in the cost of basic dairy products. I have done everything I can to prevent this. Even the state has refused to support my case in the High Court. Milk is a basic consumer product, not a luxury. I very much hope we will be able to keep the courts out of this and arrive at an agreement with the dairies to stem this unprecedented price increase.”