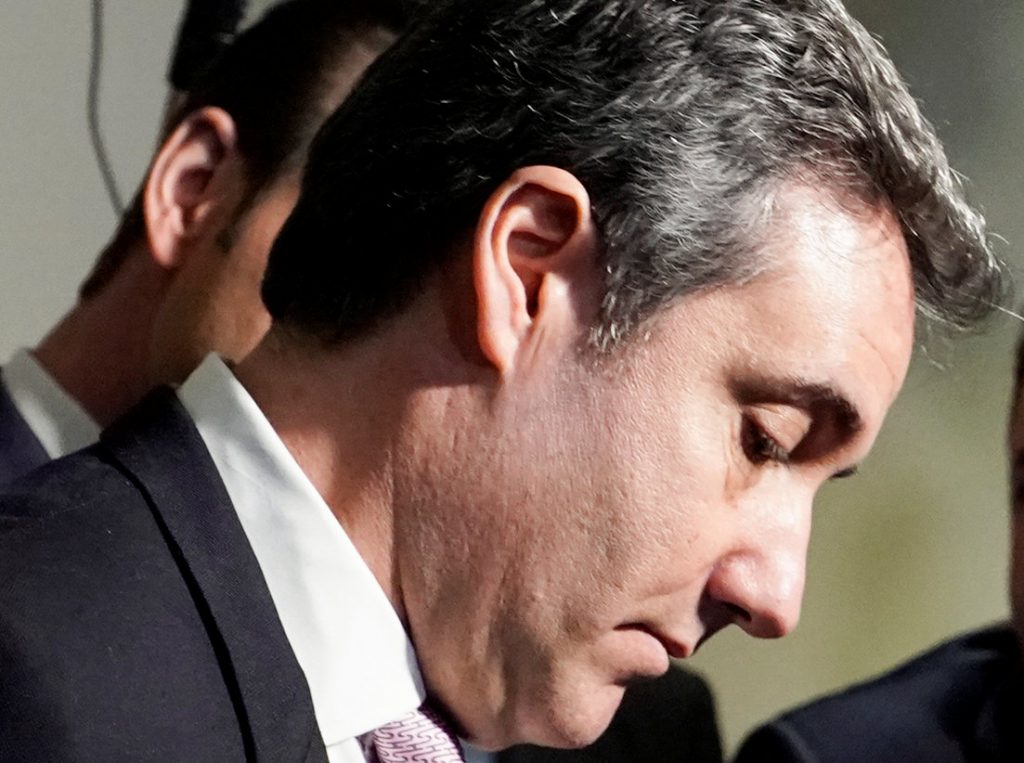 Michael Cohen, the former personal lawyer for President Donald Trump, plans to testify on Wednesday that Trump knew ahead of time about a leak of emails that would hurt his Democratic rival Hillary Clinton in the 2016 presidential election.

Cohen will also say that Trump directed negotiations for a real estate project in Moscow even as he campaigned for the presidency and publicly stated he had no business interests in Russia, according to a draft of Cohen’s planned testimony.

In the text of his planned opening statement before a House of Representatives committee, Cohen calls Trump a “racist,” a “conman” and a “cheat” and said he would be handing over documents to support his assertions. The draft statement was first reported by the New York Times.

The sweeping claims against Trump from a man who was once a loyal ally come as Special Counsel Robert Mueller appears to be close to completing his investigation into possible collusion between Trump’s 2016 campaign team and Russian efforts to interfere in the election.

Trump has denied any collusion between his campaign and Moscow, and dismisses the Mueller probe as a “witch hunt.”

He has denied knowing ahead of time about the WikiLeaks dump of Democratic National Committee (DNC) emails during the election.

Cohen, in his prepared comments, said he was in Trump’s office in July 2016 when Roger Stone, a self-described “dirty trickster” and longtime political adviser to Trump, called the Republican presidential candidate.

Cohen said Stone told Trump he had just been speaking with WikiLeaks founder Julian Assange, who told him there would be a massive dump of emails within a couple of days that would damage Clinton’s campaign.

On July 22, 2016, WikiLeaks released internal DNC emails that drove a wedge between supporters of Clinton and her rival for the Democratic presidential nomination, Senator Bernie Sanders. Although Clinton won the nomination, that rift weakened her election bid.

Stone was indicted by Mueller on charges of lying to Congress about his communications with others related to WikiLeaks email dumps.

Stone denies having advance knowledge of WikiLeaks’ plans, although text messages reviewed by Reuters show that during the campaign he made several attempts to make contact with Assange.

Although Cohen will accuse Trump on a wide range of issues in his testimony on Wednesday, he said in his draft statement that he does not have direct evidence that Trump or his campaign colluded with Russia.

“I do not. I want to be clear. But I have my suspicions,” Cohen said.

Trump and his supporters are likely to seize on that comment because the question of collusion is a central part of the Mueller investigation.